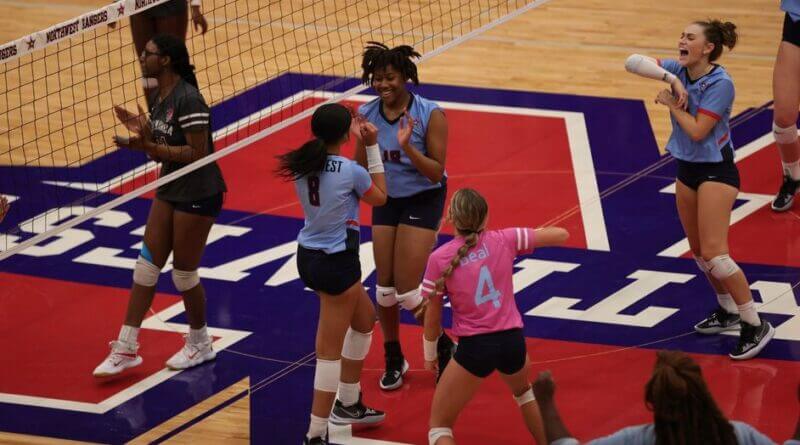 At least one of Friday’s two matches will go down as the most thrilling victory of all-time for the Northwest volleyball program.

Facing Region 23 foe Itawamba for the rights to host the upcoming play-in tournament and finish the regular season as the region’s No. 1 seed, Northwest battled tooth and nail with the Lady Indians, ultimately edging out a 3-2 triumph in front of the home crowd.

Northwest responded later in the day with a 3-0 victory against Henderson State JV, concluding the regular season at 14-13 overall, marking the program’s first regular-season winning record.

Northwest will now focus on next weekend’s Region 23 battle royal, featuring the Lady Rangers, Itawamba and Pearl River. All matches will take place on Saturday, October 29, with Northwest facing off against the winner of ICC-Pearl River for the rights to advance to the FCSAA/Region 8 Tournament later in November.

In a battle for the rights to host the upcoming Region 23 Play-In Tournament, it was only appropriate for both teams to go back-and-forth in what turned out to be an epic tug-of-war.

Itawamba took an early lead in the opening set and cruised to a 25-15 decision, only for Northwest to put its foot on the pedal in the second set and pull away for a dominating 25-12 decision.

With the match tied at 1-1, Itawamba got the edge against the Lady Rangers in the third set to take a 2-1 match lead. Although the Lady Indians got the early lead in the fourth set, Northwest rallied back quickly and matched point-for-point with the Lady Indians.

A competitive fourth set took some extra points to decide, but it was Northwest that earned the gritty decision, moving the match score to 2-2. The battle continued throughout the fifth set, with the Lady Rangers eventually earning the set and the match victory.

It took until the third set for Northwest to shake off a feisty effort from Henderson State JV, as the Lady Rangers shutout the Lady Reddies on Friday evening.

Henderson State took Northwest to the brink in each of the first two sets, before the Lady Rangers pulled away convincingly in the third and final set.

Hayes led the Lady Rangers in both kills and blocks, finishing with eight and four, respectively. Gooch finished with seven kills, followed by four apiece from Smith and Swift.