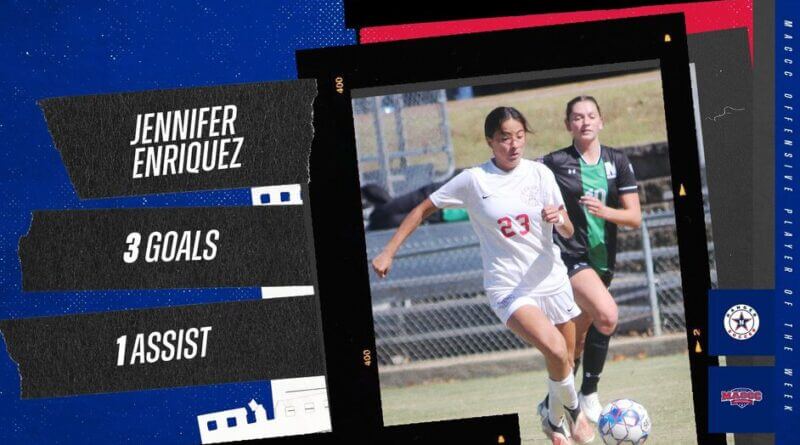 After scoring three goals and an assist in a pair of victories against Meridian and Itawamba last week, Northwest sophomore midfielder Jennifer Enriquez has been chosen as the MACCC Women’s Soccer Player of the Week.

Enriquez scored two goals in last Tuesday’s 3-0 victory against Meridian, then added a goal and an assist in last Friday’s 4-0 shutout against Itawamba. For the season, the Las Cruces, N.M. native has a team-leading nine assists with eight goals scored.

Though it’s her first conference player of the week honor this season, Enriquez is no stranger to winning the award. She was voted for the award four times last season, en route to her record-breaking 20-assist season, a total now up to 29 as both a single-season and career record.

Northwest (11-1-2, 7-1-2 MACCC) will await its Region 23 quarterfinal opponent, set to be revealed Wednesday evening after the final regular season matches are played. The Lady Rangers will host the match up on Saturday, October 29, at a time still to be determined.