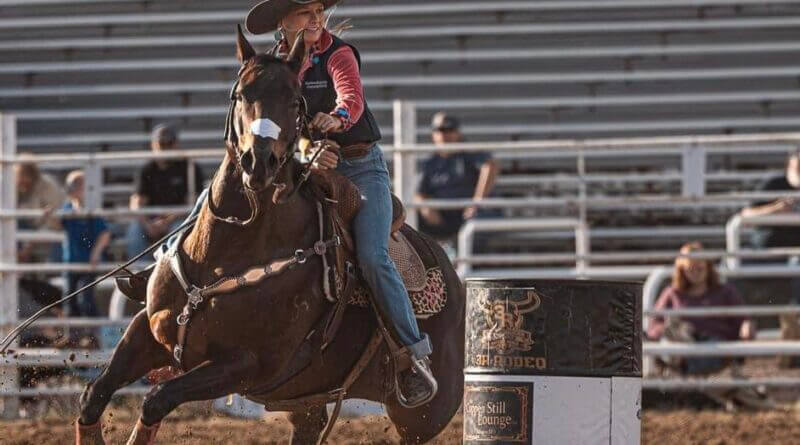 Photo: Northwest freshman Darby Toole has joined several of her teammates in outside competition, qualifying for the American Rodeo Finals and placing second in barrel racing during Monday’s AutoZone Liberty Bowl Professional Rodeo.

Although the college rodeo season won’t officially resume until mid-March, several Northwest rodeo competitors are closing out 2022 with a bang in outside competition.

One of the most notable competitors has been freshman Darby Toole. The Hernando native has competed in American Cowboy Pro Rodeo events during the offseason and it was announced on Monday that she had qualified for the upcoming American Rodeo Finals, set for January 27-29 in Pontotoc.

Toole qualified for both barrel racing and breakaway roping after winning an event in Houston last weekend. She is currently tied for eighth in the National Intercollegiate Rodeo Association’s Ozark Region barrel racing standings and is trying to qualify for the International Professional Finals Rodeo (IFR) as well.

These events come less than a month after Northwest rodeo coach Will Lummus earned the title of Reserve World Champion in steer wrestling. He earned the title after posting a fourth-place average in the 2022 Wrangler National Finals Rodeo. Additionally, former Northwest bull rider Jacorey Golden also competed earlier this month in the Ultimate Bullfighting World Finals.

Northwest will resume the 2022-23 NIRA Ozark Region schedule at East Mississippi, an event that will run from March 16-18 in Meridian. As a team, the Lady Rangers are ranked eighth in the team standings, while the Northwest men are slotted in 10th place overall.