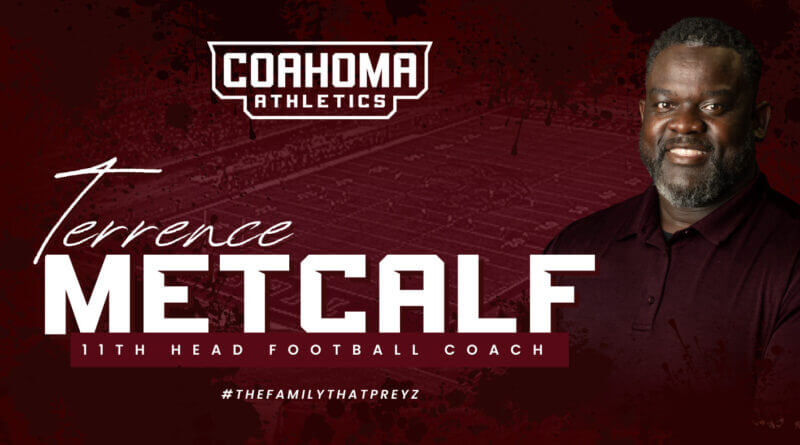 Coahoma Community College has selected Terrence Metcalf as the school’s new head football coach. Metcalf, a native of Clarksdale, played football at Ole Miss from 1997-2001. He was named first-team All-SEC in 2000 and 2001, while being a consensus first-team All-American in 2001. Metcalf was named the SEC’s most valuable lineman in 2001.

He began coaching in 2011, and his first tenure with a MACCC school occurred from 2016-19 as an assistant coach at Pearl River Community College.

Metcalf has a bachelor’s degree in Human Resource Management from Ole Miss, and a master’s in Interscholastic Athletic Administration from William Carey University.

“We are fortunate to have a seasoned football coach who has been involved with football at all levels most of his life,” Dr. Towner said. “Coach Metcalf is a family man, a spiritual person and in my opinion he is a good role model for our student-athletes. He will add value to the Coahoma brand and he is eager to build on the successes that our program has experienced in recent years. Also, he is one of us in that he is from Clarksdale. So, we know he has a personal passion to see our own program do well.”

Metcalf joined the CCC coaching staff in the summer of 2022 as Coahoma’s offensive line coach. In his first season as CCC’s O-line coach, the Tigers led the conference in rushing yards per game with an average of 198.9. Coahoma averaged 4.6 yards per rush, which ranked third in the MACCC.

Dr. Towner asks for Tiger Nation to support Coach Metcalf as he begins this journey with CCC.

“As with any endeavor of a sizable and significant nature, he will need all of us to support him as much as possible. I vow to do just that as president and as a believer in that education and sports can positively change and save lives,” Dr. Towner said.