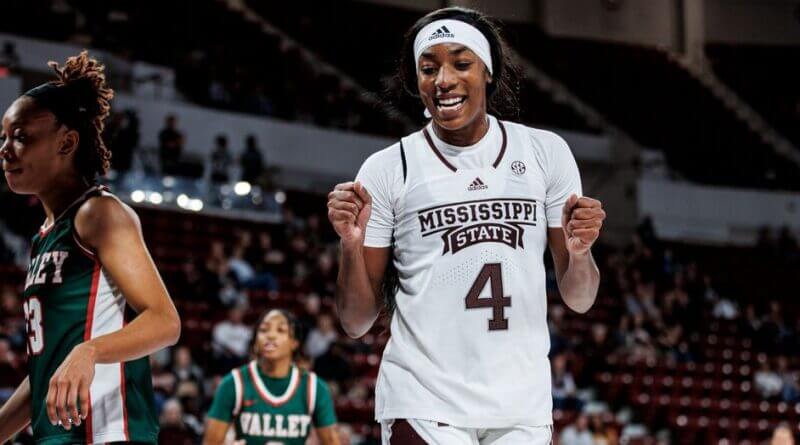 Mississippi State’s Jessika Carter joined the exclusive 1,000-point club at MSU as the 28th all-time member. On Thursday, Carter and the Bulldogs opened SEC play with a 72-44 win over Vanderbilt in Historic Memorial Gymnasium to open SEC play. The win improves State’s record to 12-2 overall and 1-0 in the SEC.

The Bulldogs’ three-point shooting carried over from Tampa as State outshot the Commodores, 45% (9-for-20) to 24% (6-for-25). Mississippi State had five players knock down a three-pointer in the contest. The Bulldogs opened the first three quarters with a three-point shot, Debreasha Powe opened the first and second quarters with a three, and Ahlana Smith opened the third with a triple. State outscored the Commodores 40-14 in the paint, holding Vanderbilt to just 25% shooting from the field.

• Powe finished the game with 10 points and nine rebounds

Mississippi State will be back home on Jan. 1 when the Bulldogs welcome in-state rival Ole Miss to Humphrey Coliseum. The game will be broadcast on SEC Network and will tip-off at 5 p.m.