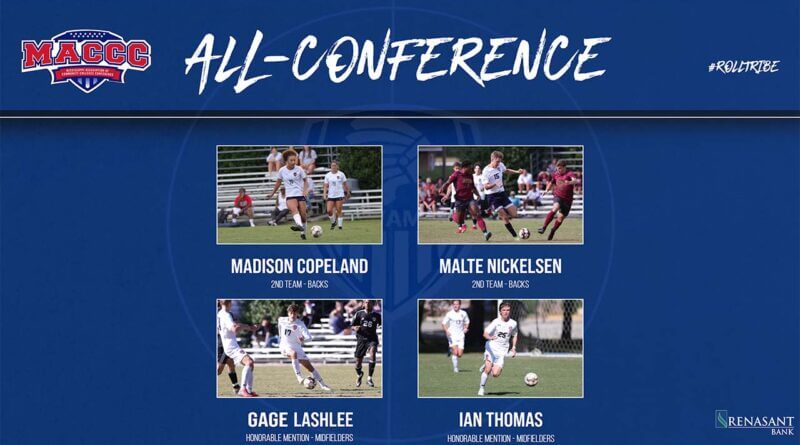 Copeland, a sophomore defensive back, earned second team honors. She anchored the Lady Indians’ defensive line this season, playing impressive defense and providing one goal, a game-winning header off a corner kick in the Lady Indians’ 2-1 win over Mississippi Gulf Coast Community College.

Nickelsen, a freshman defensive back, was named Second-Team All-MACCC. The newcomer was the leader on the Indians’ backline, directing a tough defense throughout the season. He had one goal on the year in the Indians’ 4-1 win over Holmes Community College.

Lashlee and Thomas, both freshmen midfielders, earned all-conference honorable mention. The duo led the Indians on both ends of the ball while combining for 23 points on the season. Thomas led the team with five goals while adding two assists and 14 points. Lashlee had two goals and a team-best five assists on the season while registering nine points.