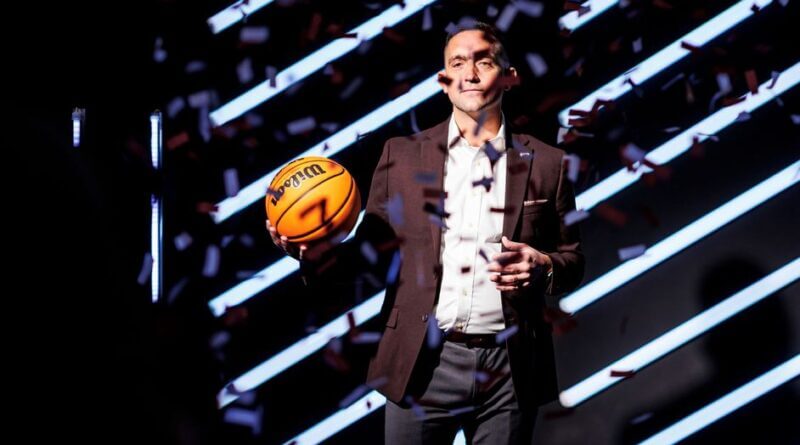 “I am so excited about this class that myself and my staff have worked so hard to put together,” head coach Sam Purcell said. “We set out from the start to find the most talented student-athletes from across the country to build our program to an elite level, but we also wanted to find great young women that strive to be the best in their academics and in the community, and I know we have found that. Both Mjracle [Sheppard] and Jasmine [Brown] are exceptional young women that are leaders both on and off the court.”

The Bulldogs are making a splash at the start of the early national signing period as both Sheppard and Brown are ranked inside the espnW HoopGurlz top 100. As of Nov. 9, according to espnW HoopGurlz, the current signing class is ranked No. 23 nationally.

Mjracle Sheppard | 5-10 | Guard | Bellevue, Wash. | Montverde Academy
Get To Know Mjracle
Mjracle Sheppard, a native of Bellevue, Wash., signs with Mississippi State out of Montverde Academy in Florida. Sheppard is rated as a 4-star recruit and ranked as the No. 86 overall prospect, the 48th overall guard and the No. 8 player from the state of Florida and No. 2 player from the state of Washington according to espnW HoopGurlz. Playing at one of the most famed high schools in the country, helped guide Montverde Academy to the 2021-22 national championship. During their championship run, Sheppard paced the team as the lead guard averaging a team-high 4.3 assists per game while finishing sixth in scoring at 7.2 points per game. Sheppard also led the team in steals per game at 2.6 per contest. Sheppard chose MSU over Florida, Georgia, Alabama, Xavier, Georgia Tech and others.

Kim Powell – Davis, Executive Director/ Coach of Essence EYBL AAU on Sheppard
“Mjracle Sheppard will add energy to the team from the time she sets foot on the court for Mississippi State. From her defensive presence to her transition to her energy toward her teammates. She will make her presence known from day one.”

Special Jennings, Head Coach at Montverde Academy on Sheppard
“Mjracle Sheppard; I could speak about this young lady for days on end. MJ has been what most coaches dream of in a player. She has been nothing short of consistent. When people look up the word “consistent, “Mjracle Sheppard’s picture should be right there next to it. I am beyond grateful for being a part of her journey. MJ is the player everyone wants to play with, and I am for certain that will only continue as she makes the jump to the SEC next year. Not many players play both ends of the floor, lead, score, all while being an excellent teammate, student and human being. Mississippi State got an absolute STAR signing Mjracle Sheppard!”

Jasmine Brown | 5-9 | Guard | Joliet, Ill. | Example Academy
Get To Know Jasmine
Jasmine Brown, a native of Joliet, Ill., signs with Mississippi State out of Example Academy in Illinois. Brown is rated as a 4-star recruit and ranked as the No. 54 overall prospect, the No. 20 guard and the No. 1 player from the state of Illinois according to espnW HoopGurlz. Over the summer, Brown earned an invite to the U18 USA Basketball National Team Trials in Colorado Springs, Colo. as one of the top high school players in the country. Last season Brown filled up the stat sheet for Example Academy with 19.3 points, 6.4 rebounds, 4.1 assists and 3.2 steals per game. Prior to attendings Example Academy, Brown starred at Joliet Catholic High School where she did a little bit of everything, averaging 16.5 points per game, 5.1 rebounds, 2.5 steals and 2.5 assists per contest. Brown chose MSU over Iowa, Michigan State, Illinois, Rutgers, Ole Miss, Alabama and others.

Barry Bradford, Example Academy Head Coach, on Sheppard
“Jasmine Brown is a special kid and not just because of her basketball abilities but her leadership and character are high level. On the court Jas just wants to win and will do whatever she can to make it happen.”

Purcell on Brown and Sheppard
“I think the thing that is so unique about both Mjracle and Jasmine is that they are going to come to Starkville with so much experience already because of the level that they played at in high school and on the AAU circuit. They are ready for college already. They both play at exceptional prep schools in Montverde and Example, and their coaches have really pushed them to get better every day.”

“Both women fill a need for us moving forward at the guard position because we are going to lose some elite guards after the season. But most importantly, they come from great families, they are such high-character kids, and they are so excited about helping to restore the history of Mississippi State women’s basketball. But even more important for me as their coach, is that they want to make an impact on the community and they are the perfect fit for Mississippi State.”