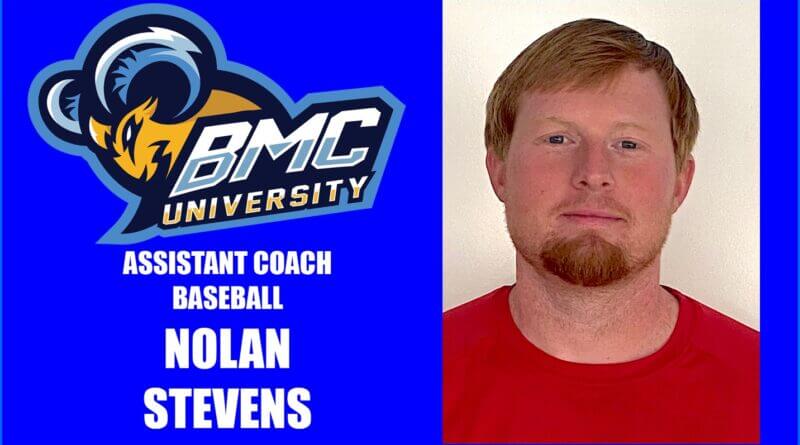 “I’m very thankful for the opportunity to be back at the place I use to call home,” Stevens said.

Stevens was part of the 2017 Topper baseball team that put together its best season in program history where they won 32 games.

Clark commented, “We’re extremely thankful to have Nolan on staff.  He is knowledgeable in all aspects of baseball and will fill an important role for us.  Not only that, he is a fine Christian guy who understands the pressure of being a collegiate student-athlete in a highly competitive conference.  He will be a great asset to BMCU.”

Clark and Stevens will guide a Topper program that had its second-best season ever last year with 28 victories.

“Having the opportunity to help lead young men and be an example for them is something I’m very grateful for.  It’s an honor to be part of a program rich with a winning history,” Stevens said.

He and his wife, Presley, have one son, Colt, and are members of Flat Rock Baptist Church.