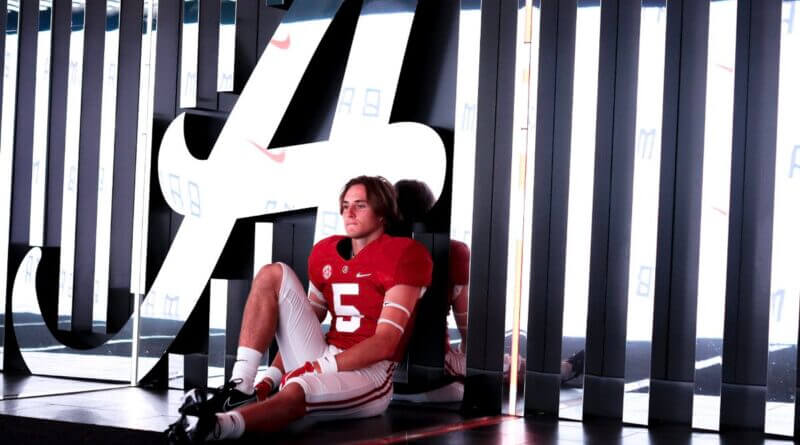 Brayson Hubbard picked up an offer from University of Alabama today.

The Southern Miss commit has been doing very well at camps and in his off-season training. Those who see him throw have become very impressed with his arm. In his spring game against Picayune he went up against a very stout defense and excelled very well.

Bray accumulated for over 50 touchdowns last year. Thirty in the air and twenty two on the ground. He is arguably the best dual threat QB in, MS.

This offer will open up a lot more eyes to what people in MS already know. Brayson is the truth and should have football offers rolling in heavy numbers.

Bray said he is open to exploring other options than Southern Miss baseball. He feels there may be something out there for him in the football world.

“This feels like a dream come true,” said Bray. “They have crazy facilities, the coaches were awesome and the players treated me like family. They weren’t scared to say wassup and during the camp the players taught you just like a teammate.”

“They offered for DB and I am just fine with that,” said Brayson Hubbard.