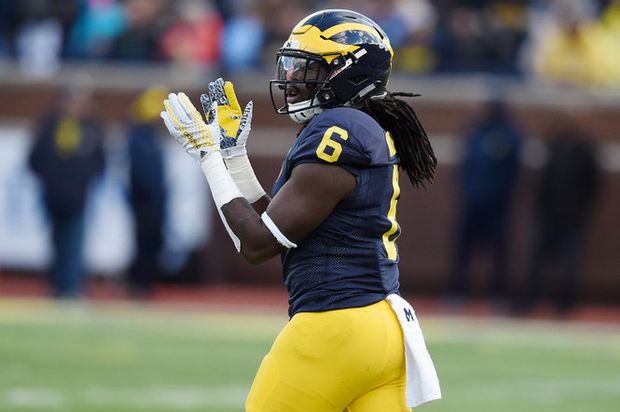 In what has been a long journey for Kareem Walker and Mississippi State, they finally received word that he has been cleared to practice and play at Mississippi State this season according to GenesPage.com. It isn’t known when he will take the field in the maroon and white, but the good news is that the former Michigan running back finally got clearance to begin the process of playing this season. It is welcomed news to a running back room that doesn’t have a ton of experience behind star RB Kylin Hill and backup Nick Gibson. Lee Witherspoon is a true freshman that happens to be the third string RB, he saw his first action in his college career last week when Nick Gibson was injured and did not return to the game.

Walker began his career at Michigan and played as a true freshman, he redshirted the following year and transferred to Fort Scott Community College. As a true freshman, he played in 5 games for the Wolverines carrying the ball 20 times for 68 yards. At Fort Scott, Walker rushed for 207 yards and 1 touchdown in 7 games played.

Walker was on the sidelines last week during Mississippi State’s win vs Southern Miss. He will likely be on the sidelines again this week, not in uniform, when the Bulldogs host Kansas State on Saturday at 11am.