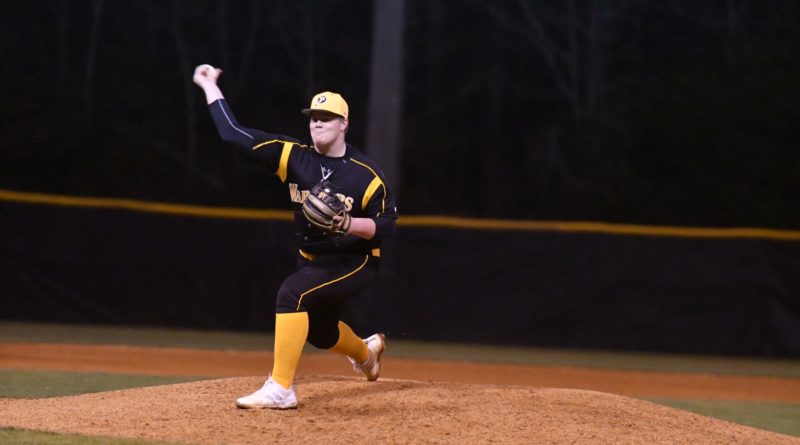 Pontotoc came in to spring break with a record of 3-3 and were giving up an average of almost 10 runs per game.

Pontotoc defeated Harding Academy, Tishomingo County and Booneville by a combined score of 18-3 at the Booneville Spring Break tournament, getting three straight stellar pitching performances to move to 6-3 on the season.

Against Harding, Miles Galloway threw a complete game with 7 innings, striking out 8, scattering 8 hits and allowing 2 runs. Brice Deaton scored a pair of runs on a pair of triples to lead the Warriors at the plate in the 8-2 win.

Against Tishomingo, Deaton allowed just 2 hits on the mound, taking a complete game win while striking out 6. Deaton helped his cause with a pair of doubles at the plate. Ross Matthews added a double and Peeko Townsed hit a rocket out of the park as the Warriors took a 7-1 victory.

Against Booneville, JR Carnes struck out 10 while allowing just 1 hit in the complete game victory. Deaton stayed hot with a double at the plate in the 5-1 victory.

The Warriors are back in action Saturday against Lafaytette. More pictures on Facebook (Pontotoc County Sports)