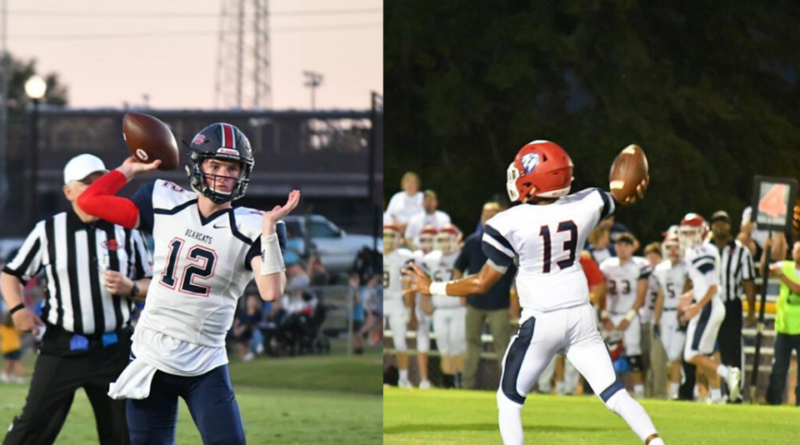 Baldwyn is set to host TCPS in the opening round of the 1A state playoffs on Friday.

If past restults are in fact a predictor of future results, expect plenty of fireworks at Latimer Park starting at 7 o’clock.

TCPS brings the top scoring offense in the state and an 8-3 record to Baldwyn, scoring 47.2 points per contest.

The Bearcats, no stranger to putting up points themselves, score at a clip of 39.5 points per game. They are the host as the #2 seed in region 1-1A with a 7-4 record.

The Eagles of Tupelo Christian are led offensively by their swiss army knife quarterback Khi Holiday. Holiday is putting up a historic offensive season for TCPS, having accounted for 3054 passing yards (4th in the state) and 37 passing TD (2nd in the state) to go along with 19 rushing touchdowns and 1276 rushing yards. He’s also scored on a punt return.

The Bearcats quartback, Maddux Richey, has put up 2276 yards and 29 touchdowns, both second in the state to Holiday. Baldwyn is led in rushing by Kevrick Richey, with 606 yards and 13 touchdowns.

As far as receivers go there are playmakers all over the field for both teams.

This game could come down to who has the ball last.

Friday night lights? Fireworks on the field? It’s worth the drive to Baldwyn to see what happens.