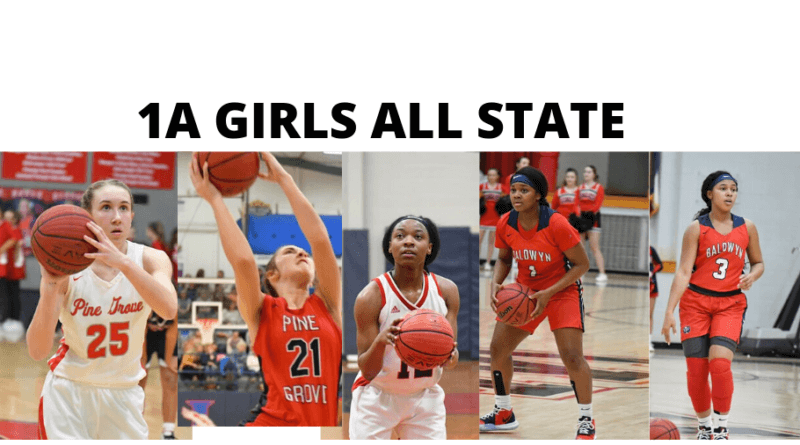 Our 2020 1A Girls All State basketball team was really tough to put together because of so many deserving student athletes.

Another thing that really mattered to us when choosing the 1A all state girls team: did the players individual success lead to team success? Where would their team be without the players contributions?

Check out the 1A Boys All State team, the Overall Girls Team and the Overall boys team at these links.

Four state title, Four years All State, Leading scorer for 6 years in high school. This isn’t a career award, but few in Mississippi History have had one that rival Elliott’s. She was the leading scorer for the Lady Panthers in the season’s biggest game. She was also a 2nd team overall all state selection

All Rogers did this season was win her 2nd State Championship game MVP. This year she put up 20 points and 19 rebounds to clinch the Lady Panthers 4th straight title.

The senior scoring threat led the Lady Bearcats to the 1A title game where she put up 21 points.

Anderson was a primary ball handler and hit a ton of big shot for the Lady Bearcats this season as they claimed a state runner up finish.

Simply put, she was among the best girls scorers in Mississippi this season. Harris put up 27 points, 7 boards and 5 steals per game for the Lady Rebels.

One thought on “Mississippi 1A Girls All State Basketball team”