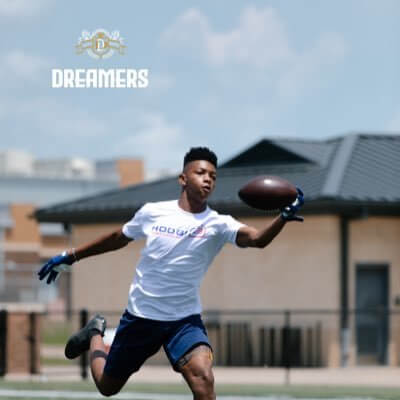 Kiandre Terry is going to bring a lot of excitement to Terry, MS this year. This route running specialists is set to have a big season in 6A South. He stands 6 feet tall and weighs 160.

Terry is one of the best route runners in the state if not the best. This kid knows how to get it done on that island. He has a great way of getting separation from defenders. He does not disguise his routes by giving away where he is going with head movements or body language. He has great hands and knows how to attack the ball when it is in the air. He is not a player that is going to drop a lot of passes. Kid has though sure hands. He can break the game open, but he is definitely a guy to go to on 3rd down. He knows how to make sure he gets those yards to keep the chains moving.

Terry is very great on defense as well. Kid brings all of those offensive skills over to the defensive side and gets it done. He breaks on the football like it is his every time it is in the air. He has a nice smooth back pedal. He isn’t too heavy on his feet. That allows him to change directions fluently when he needs to.

I think Terry has what it takes to be a big time D1 prospect. He can be either a receiver or DB on the next level. Kid has a lot of talent and he works with some of the best trainers around the state. He definitely has a chance to be 6-2 185 by the time he graduates.