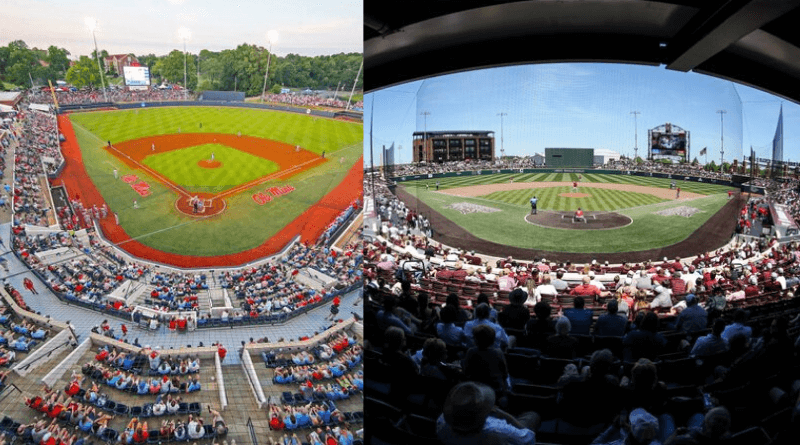 Egg Bowl Twitter has a new outlet in the form of a Twitter poll. Whatever it takes with sports on lock down, I suppose.

The College Baseball Nation Twitter poll to crown the best stadium in the college ranks is down to an all Missisisppi affair. Dudy Noble vs. Swayze. Ole Miss and Missisippi state fans, hold on. It is sure to be a bumpy ride.

I guess you could say things have gotten pretty serious.

With a little over 14 hours to go (at time of writing) in this poll, there have been over 80,000 votes cast. It’s been neck and neck, as Swayze holds a slim margin as they enter the home stretch.

Thus far, both fan bases have accused the other side of buying votes, computer fraud, enlisting a bot army and all sorts of typical EBT (Egg Bowl Twitter) shenanigans.

We are, as they say, here for it. We know you are here for it too. You don’t have anything better to do.

And now, here we are for the main event.

Considering Ole Miss was 16-1 with a series win over Lousiville and MSU was 12-4 and had just came off a win over Texas Tech, we move for this to decide this years national champs. No pressure or anything.

Check out the poll below. A natty is on the line.