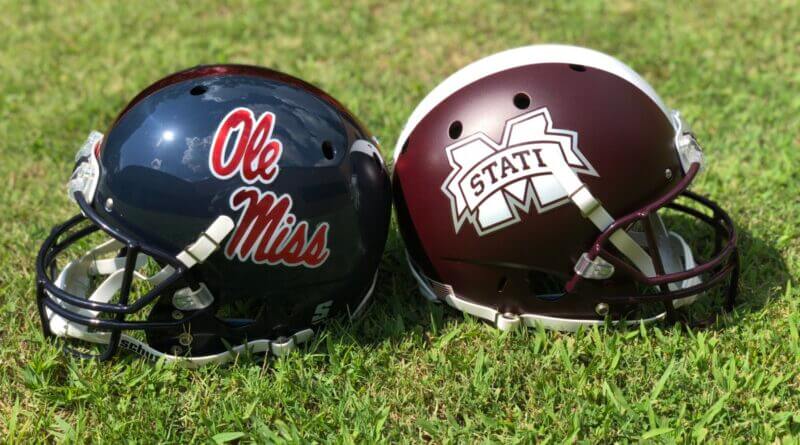 After an exciting opening week of college football, week two is set to have some incredibly exciting matchups.

In the conference, Missouri vs. Kentucky, Pittsburgh vs. Tennessee, and N.C. State vs. Mississippi State are the headliners.

With that in mind, let’s go through some of the top games of the weekend.

Pittsburgh at Tennessee (11 a.m. on ESPN)

The Volunteers host their annual Power Five non-conference this Saturday when the Panthers come into Knoxville.

Both teams notched blowout victories last week against lesser opponents, so there is still a lot to be seen about both these squads.

However, I think Tiyon Evans turns in a good second game in a role running the ball, and I believe the ACC’s early season woes continues as Tennessee takes it at home.

In the preseason, I was on board the “Arkansas beats Texas” train.

However, week one definitely flipped my perspective on this matchup.

Steve Sarkisian looked to have the Longhorn offense rolling against a good Louisiana team while Arkansas struggled to take a lead on Rice until late.

I still think Pittman will continue to elevate the Arkansas program, but I think K.J. Jefferson still has more growing pains to endure along with Texas being the more talented squad.

Early in the week, I was thinking that N.C. State as a two-point favorite was easy money for a betting man.

After revisiting last Saturday’s game, I’m not so sure.

Don’t get me wrong. The Bulldogs probably should have lost to Louisiana Tech. However, this is still an extremely talented team.

I think, besides two bad plays, the defense played quite well despite being on the field a ton during the second and third quarters due to no production from the State offense.

Alongside that, despite looking bad for a large part of the game, the Bulldog offense did their job late in scoring on their final three possessions to complete the comeback win.

I feel like that offensive momentum is a huge game changer heading into this one.

This one is essentially a pick ‘em in my eyes. In that case, I’m taking the home Bulldogs.

Vegas does not even have a line set for this game. As it probably shouldn’t.

The Governors aren’t a pushover FCS team, and I expect them to give the Rebels a early jab coming off Ole Miss’ big win on Monday.

However, there is just too much offensive firepower for a possible upset here.

Missouri at Kentucky (6:30 on SEC Network)

The first conference game of the year in the SEC is upon us early.

I really like the added passing dimension that Will Levis can add to the always effective ground game of the Wildcats.

If they can keep Tigers’ Tyler Badie at bay after his 200-yard outing, then I think they take this one by two scores at home.

Here’s a few bonus matchups from around the country.

The Buckeyes’ C.J. Stroud did enough in his first outing to win on the road against Minnesota. I expect him to be more settled for this one.

If Kayvon Thibodeaux was 100 percent healthy for this one, I would say Oregon had an outside shot. However, with their struggles against Fresno State and the injury to their star DE, I see the Buckeyes taking this one handily.

College Gameday will be in Ames, Iowa for the first ever meeting between these two squads with both teams nationally ranked.

I love Breece Hall and what Matt Campbell has built with Iowa State. However, I think Iowa is legitimate on defense and will get the win on the road in the biggest game in this rivalry’s history.