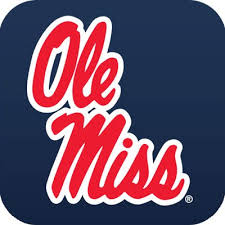 Despite reports from sources inside the Ole Miss football program that Pete Golding had agreed in principle to be the next defensive coordinator at Ole Miss, the weekend has nearly completed without him or anyone coming on board. What’s shaking in Oxford town?

Our sources are standing by that Golding was in agreement but there was one big hitch in the process: he wanted to stay with Alabama through the college football playoff while Ole Miss is needing a coordinator immediately if not sooner with the early signing period approaching. An impasse has formed, apparently.

The Rebels have other names they are working with, including Mike MacIntyre, but after the verbal agreement was seemingly reached with Golding, Ole Miss appeared to have eased off some other targets.

Other names are floating around. MacIntyre is still in play and there is a reported meeting this week with him. There are still rumblings that Bjork and Luke are going to pull a coup and land Golding.

Thats all up in the air until a name is signed on the line which is dotted. What’s is not debatable is the Rebel coaching staff and administration is on the clock to get a hire.