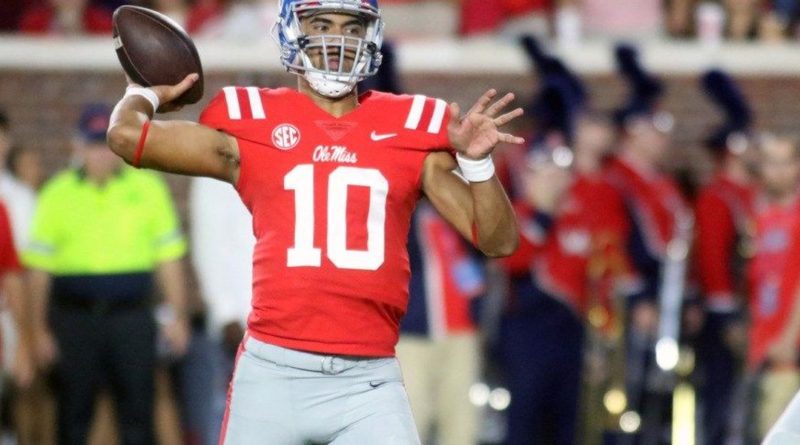 Jordan Ta’amu showed off a little bit of everything in the Rebels improbable road win against Arkansas on a slippery night in Little Rock. He hit short passes, worked the middle of the field and took his shots down the field. His biggest contribution came with his feet as he racked up 141 rushing yards.

His cool, calm demeanor in an SEC road game, short arguably his biggest weapon in DK Metcalf, facing a 97 yard drive with 2 minutes on the clock is the stuff that begats legends. He put 528 yards of offense, good for second all time in Rebels history behind Archie Manning.

When asked about the game winning drive, Ta’amu said “as soon I stepped on the field, I was confident we were going to go put points on the board.”

His island cool demeanor, escaping the pocket for big run after big run, proved to be the difference.

In the history of SEC football here is the complete list of quarterbacks who threw for 380 yards and rushed for 140 in an SEC game: Jordan Ta’amu,.

His singularly great performance will probably overshadow a pleasant surprise in the defense, which bent but didn’t break several times. If the defense can get off the field with more regularity there will be more victories in the Rebel future.

The Rebels are 5-2 three games into their SEC schedule. That is where the optimists pegged the Rebels at this point in the season, better than where the naysayers predicted at this juncture of the season.

Then again, Jordan Ta’amu has been proving naysayers wrong his whole life. 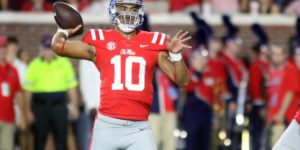