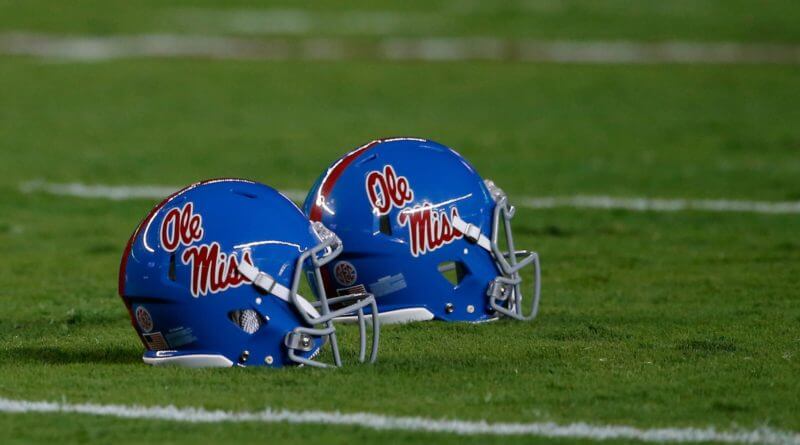 After so much debating, worrying, and decision-making, we have a return of football activities (for the time-being.)

Across the Southeastern Conference, teams are suiting up for their first practice of fall camp. While always important to die-hard followers, this year‘s camps will also draw the attention of many around the country.

Why? Because this will be the first of many earmarks that will go a long way in determining if the conference can play a fall football schedule in 2020.

So, we pray that all will be kept safe from injuries and COVID-19 while also looking ahead to what we have all been drooling over for so long.

So, without further ado, here are five major questions that Rebel fans are pondering over as camp begins.

1. Who is going to step up to fill Eli Johnson‘s departure?

Last night, senior offensive lineman Eli Johnson announced on Twitter that he would be opting out of his final season at Ole Miss due to the coronavirus pandemic.

Not many can understand the severity that this virus can quickly reach more than the Johnson family, so I’m glad that Eli made the decision that made him feel the most at peace and comfortable.

With that, it does leave a gaping hole at the most important position on the offensive line. Centers are tasked with making checks, delivering blocking assignments, and of course, a clean snap of the football.

So, you can expect of the two returning upperclassmen Royce Newman or Ben Brown to most likely make the switch from guard to center.

Regardless, the drop in returners on the line from three to two will force the Rebels to rely on underclassmen even more, such as Bryce Ramsey, Carter Colquitt, and Nick Broeker.

2. Will the Rebels find any defensive line depth?

Ole Miss was already looking at thin depth on the front four (or three, who knows what Durkin and Partridge will run.) However, the loss of Sam Williams turns it into possibly the biggest deficiency on the squad.

Four-star Demon Clowney was most likely going to see snaps as a freshman, but he now may possibly be called upon to start in the early going. Along with Ryder Anderson, it seems Tariqious Tisdale and Clowney will battle for the opposite side if a four-man front is used.

Williams will appear on August 29th in front of a Lafayette County Grand Jury. Williams faces a charge of sexual battery. No way of knowing, but I would bet my chips that Williams will be dismissed if indicted by the jury.

3. Will a true WR2 be discovered in camp?

Ole Miss is not suffering from a lack of talent at receiver. However, no one during the 2019 campaign asserted themselves as the second option next to Elijah Moore.

Braylon Sanders looked like a budding star in the early going of the 2018 season, but he has continually struggled to stay healthy the past two season.

Jonathon Mingo has shown flashes often, but he has not reeled in the consistent production of a WR2. Granted, the run-heavy option could have effected this to an extent.

However, it’s exactly why in an offense that will surely throw it more than last year, finding a clear-cut number two will be even more important.

4. Has the kicking game improved?

This may be a question that not many are thinking about, but it is one that is at the top of my list.

Last season ended on Luke Logan’s missed PAT to seal the Egg Bowl for rival Mississippi State. It is important to add that it was a 34-yarder after Moore’s unsportsmanlike conduct penalty.

However, that one miss is not the reason I bring up the kicking game. Logan was wildly inconsistent all season in 2019. He sat at 11-19 on field goal attempts last season, which was last in the conference and fourteen percentage points lower than the last qualified kicker.

He also had the worst PAT make percentage and critical misses in close losses against California and Texas A&M. So while it will be Logan’s job in his senior season, he will have to take a major step for the Rebels kicking game to be where it needs to be.

I personally think this question will be answered on pretty early in camp.

While the two front runners Matt Corral and John Rhys Plumlee are both very talented, they also both have distinctly different skill sets.

Unless Corral has learned to take open running lanes more or Plumlee has improved as a passer, it’s clear you have a primary passing and running signal-caller, respectively.

If none of these factors have changed, Lane Kiffin and Jeff Lebby will have their guy once they decide on the system that the offense will run.

Of course, outsiders like Grant Tisdale and Kinkead Dent will try their best to make some noise. They both have a lot of talent as well.

My opinion? It’s still Plumlee or Corral’s to lose.