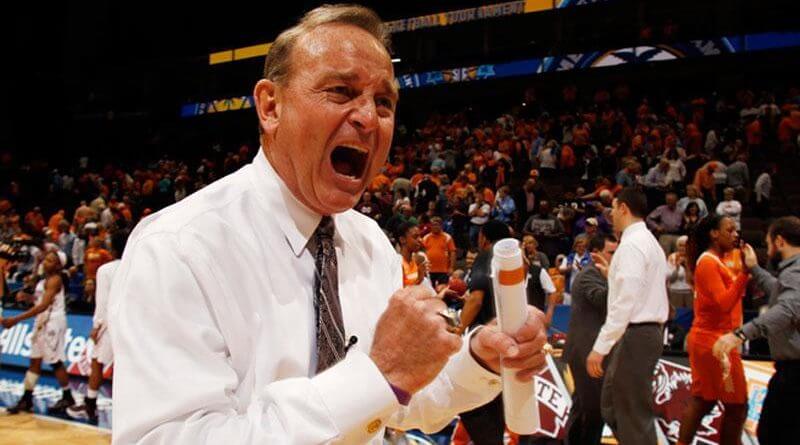 Vic Schaefer going home, but he leaves State far better than he found it 8 years ago

Home. That’s the main reason why Vic Schaefer left Mississippi State for Texas. To go home, to the place of his birth, Austin, Texas.

Schaefer was born in a hospital just a short walk from the UT campus. He was raised there and in Houston. He is a Texan, and most Texans I know are just plain jingoistic about Texas.

“It was evident to me this was an incredible opportunity,” Schaefer told Texas reporters, “and it was a chance to come home.”

“The ache for home lives in all of us,” poet Maya Angelou once wrote.

It surely lives in Schaefer, who leaves a program he built into a national power. It once lived in Bear Bryant. Famously, the Bear once left Texas A&M, where he had become a cult hero, to go home to his alma mater, Alabama.

“Mama called, and when Mama calls, you just have to come running,” Bryant explained.

This is not say “home” was the only reason Schaefer left Starkville.

“It’s not just home,” Shaefer said in a phone conversation this morning. “It’s the University of Texas. It is a chance to coach at the one of the rich, storied programs of women’s basketball. When you’ve got a legend like (former Texas coach) Jody Conradt sitting in the room and telling you that you are the person who can take the program back to its rightful place, that really means a lot to me.”

Conradt is probably right. At Starkville, Schaefer has become one of the most successful coaches in Mississippi history – at any level and in any sport, men or women. The guy can ever more coach. He can ever more recruit. And Schaefer knows Texas like the back of his hand.

This is not to say the grass is always greener in Austin, Texas. Mississippi basketball fans of a certain age will remember Bob Weltlich, who coached Ole Miss out of the men’s college basketball wasteland, winning an SEC Tournament championship and first-ever NCAA Tournament bid in 1981. Weltlich, a Bob Knight disciple, was a hot coaching commodity and left Oxford for Austin in 1982.

That did not work out so well. Winning 16, 17 and 18 games a year made him a hero in Oxford. It got him fired at Texas where he won 77 games over six seasons.

If you know Schaefer, you know that he doesn’t dream even in his worst nightmare of something like that happening to him at Texas. He believes in himself and his abilities. He expects to win big at Texas and said so during our conversation.

He said a lot more.

• Of leaving such a talented team behind at State: “It’s a heckuva team, a heckuva group of young ladies. When it came right down to it, that was the part I really struggled with. I care so deeply about them. They mean so much to me personally and professionally. To know we’ve had our last practice, our last team meal, our last competition, our last plane trip together, it’s really difficult. They’ll always be special to me, and I hope they know that.”

• Of Mississippi State fans’ fears that many of those players might follow him to Texas: “I don’t have any idea about that. I don’t think that’s true at all.”

• Of his long-time associate coach Johnnie Harris and whether she will go with him to Texas or become his successor at State: “I think she’s a candidate (at State) and I hope like heck she gets it. If that’s what she wants I’m all for it. You know how much she has meant to me and our program. She is like my sister.”

• On if he has any more he’d like to say to the women’s basketball fan base he has built at Mississippi State: “I am going to put something out on Twitter later today…. (long pause) I have said this many times, that these last eight years have been so good for me and my family. Coming here was such a great decision for me and my family. This state has meant so much to our family, our program. The passion and the love the Bulldog family has for this university and for the women’s program means so much. It has been such a good fit because that’s the way I coach, with that passion and that love. I hope people are proud of what we able to accomplish. We’ve been able to show the country how special this university is. I’ve been honored to be the head coach and will forever be thankful to Scott Stricklin and Mark Keenum for giving me the opportunity. I am forever in their debt. You never see these things coming. This came about really fast. These things are never easy.”

Schaefer’s success will be difficult to duplicate. That said, whoever inherits his program inherits a much better situation than Schaefer did. He leaves Mississippi State far better than he found it – and isn’t that the ultimate measure?

This article first appeared on Mississippi Today and is republished here under a Creative Commons license.