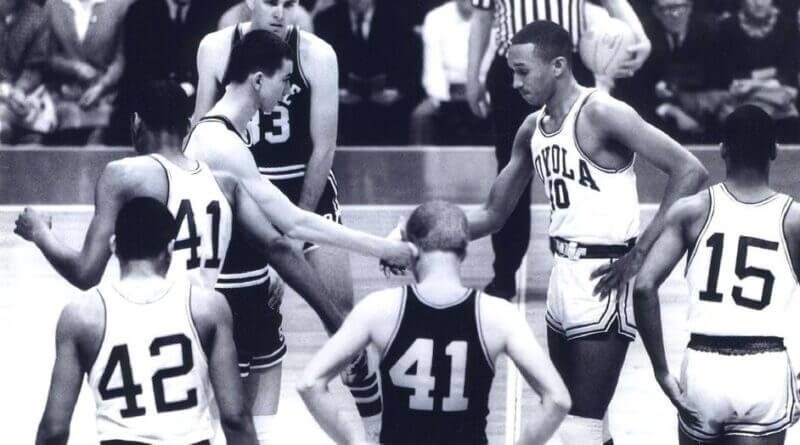 Mississippi State is set to commemorate the 60th anniversary of the Game of Change when the Bulldogs host No. 11 TCU at 3 p.m. on Saturday at Humphrey Coliseum.

A halftime ceremony, promotional giveaway and more are in store as MSU celebrates the impact of the historic contest.

The Game of Change stands as a seminal moment in the history of collegiate sports. In March of 1963, during a time of great racial tension in the country, MSU’s men’s basketball team elected to participate in the NCAA Tournament against an integrated opponent. It stood as a groundbreaking decision.

Despite threats and immense political pressure, Mississippi State President Dean Colvard and MSU head coach Babe McCarthy sneaked MSU’s team of all-white players out of the state to play against a Loyola squad that featured four black starters. Upon Mississippi State’s return to Starkville, a significant step towards racial equality in athletics had been taken.

Four members of MSU’s 1963 team are scheduled to be present at The Hump and honored as a part of Saturday’s halftime events. Those include Doug Hutton, Larry Lee, Aubrey Nichols and Jackie Wofford. Also, State’s current roster will wear special warm-up shirts in shootaround to pay homage to the Game of Change.

Additionally, the first 2,000 fans in attendance will receive a commemorative Game of Change poster.

Tickets are available now for Saturday’s contest. To purchase, visit www.HailState.com/tickets,  call (662) 325-2600 or buy in person at the MSU Athletics Ticket Office.