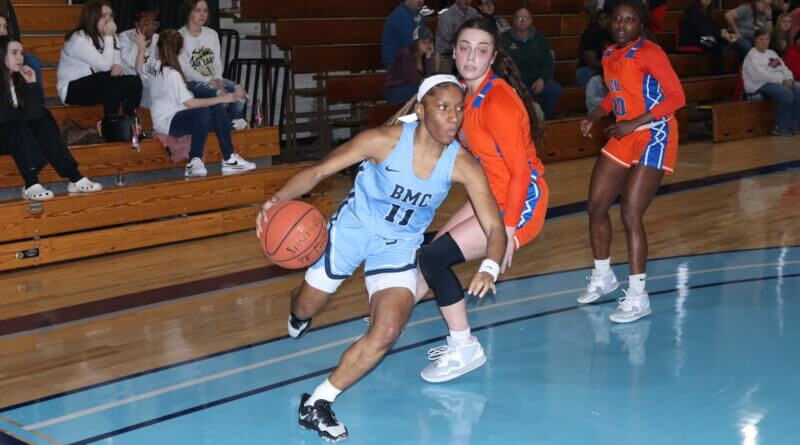 The Lady Eagles would move out to a 13-point lead in the first half, but three straight threes from Alexis Wynn (SR/Adamsville, Tenn.) cut the deficit with the Lady Toppers eventually taking a two-point lead.

The Lady Toppers’ defense got after it in the second half, getting stops and taking another two-point lead in the fourth.

Faulkner would survive the Topper onslaught, and eventually pull out the home victory.

Charmen Taylor (SO/Arlington, Tenn.) pitched in 14 for the Lady Toppers with six boards, and Alexis Wynn came off the bench to score 11 with six rebounds, hitting three from deep.

Blue Mountain would have trouble with Faulkner center Angela Grant, as the senior scored 15 points and pulled down 17 rebounds for the double-double.

BMCU (11-9, 4-8 SSAC) returns to SSAC play Saturday as they host William Carey in Blue Mountain with a tipoff set for 12 noon Central time.