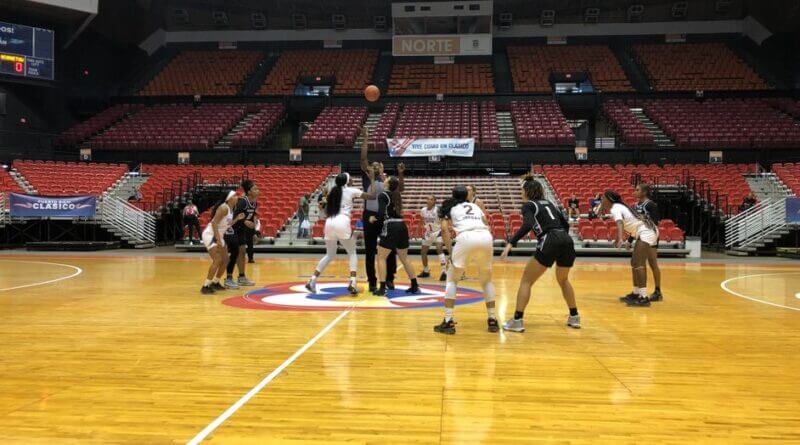 The Mississippi State women’s basketball squad opened the Puerto Rico Clasico with a dominant performance over the Hoyas of Georgetown, earning their fifth win of the season following their 67-32 victory to open the tournament.

The Bulldogs dominated in all facets of the game on Friday, shooting 40 percent from the floor and holding the Hoyas to just 23 percent shooting. The defensive effort was impressive all game as MSU held the Hoyas to just 6% shooting (1-for-15) from three while forcing 24 turnovers, turning those into 29-points.On the glass, MSU outrebounded the Hoyas 42-34. The Bulldogs spread the wealth around, earning assists on 19 of the team’s 24 buckets. The bench was electric, scoring 28 points, compared to just four for Georgetown.

Jessika Carter paced the Bulldogs with a season-high 19-points on 9-of-12 shooting from the floor. Carter added a team-high six rebounds, a block and a steal to her totals.

The scoring was spread around evenly on Friday as 12 Bulldogs recorded a point in the box score. Four Dawgs each scored five points, Alasia Hayes, Debreasha Powe, Denae Carter and Asianae Johnson. Following behind Carter were Jerkaila Jordan and Charlotte Kohl, who each scored eight points. Kohl’s eight points came in just six minutes late in the fourth quarter. Kohl added a rebound, steal and an assist to her total.

Turning Point Of The Game
Trailing 13-11 after the first quarter, Mississippi State completely took over the game in the second quarter with its full-court press, outsourcing the Hoyas 20-3 in the frame. The Bulldogs opened the second frame on a 14-0 run to take a 25-13 lead and never looked back. The first Hoya bucket of the second came at the 4:37 mark in the quarter.

Game Notes:
• Second time in the last two seasons that State has held a team to three points in a quarter; the last time it happened was vs SC State last season. The lowest-ever point total allowed was two points vs Vanderbilt during the 2019-20 season.
• Mia Moore made her long-awaited MSU debut. Moore scored one point and had a rebound in her debut.
• Powe tied for the team-high in rebounds with six.
• Anastasia Hayes had a game-high six assists.
• Ahlana Smith had a massive block late in the first that sent the ball to the sixth row of seats and gave a spark to the Bulldogs heading into the second.
• Ramani Parker had a game-high four steals.
• Alasia Hayes filled up the stat sheet in just nine minutes. She scored four points, had five rebounds, a steal and an assist.

Quoting Coach Purcell
On the defensive intensity in the second quarter
“It was awesome. I was proud of [the team], unbelievable effort. First quarter I thought we were still at the pool at the hotel, we were a step behind but really credit the team. Tonight was a night that shots didn’t go in but they got after it on the defensive end.”

Up Next
MSU will be back on the court at the Roberto Clemente Coliseum on Saturday when they take on Nebraska. Tipoff is scheduled for 12:30 p.m. CT.