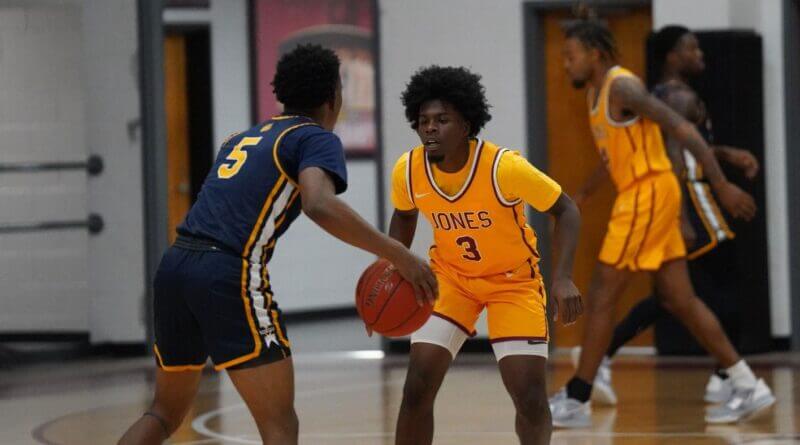 A day after falling in overtime to No. 10 Northwest Florida State, Jones was able to rebound with an overtime win Tuesday night, 64-61, against tournament-host Pensacola State.

The Bobcats took their largest lead at the half, 37-28, on Jay Barnes’ layup that just beat the halftime horn.

PSC rallied to tie the game at 45-45 midway through the second half and it stayed close the rest of regulation.

The Pirates had ball possession with 36.7 left, but Decorian Payton stole it in the back court to give Jones one last shot to win it.

Barnes took the clock down to 5.4 seconds, drove to the lane, was hip-checked as he went for the game-winning layup and no call.

A day after being outscored 16-2 in overtime, Jones was the better team the final five minutes to get the victory.

Caleb McGill hit Daquarius Harris for an easy layup for a 57-55 lead and the Bobcats never trailed in extra time. Treylan Smith hit a shot-clock beating, off-balance three-pointer with 11.7 seconds left that was the difference.