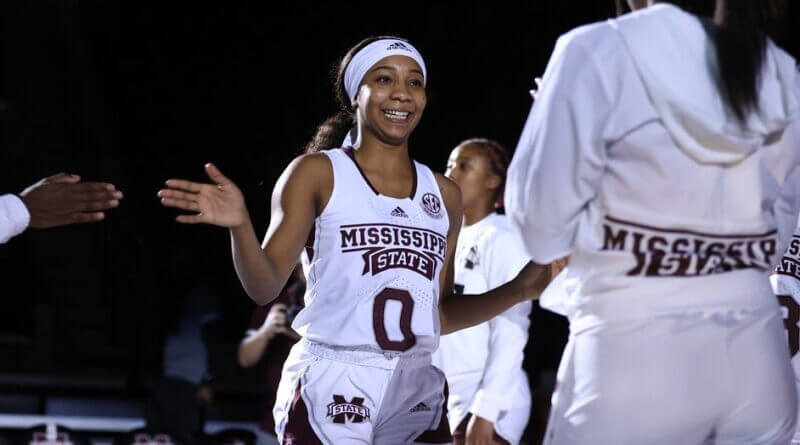 Mississippi State closed out the home portion of its non-conference schedule on Thursday with a 72-47 win over Florida A&M. The win gave the Bulldogs a perfect 7-0 non-conference home record and a 9-2 overall record heading into the Sun Coast Challenge next week.

Mississippi State started the game hot and went on a 25-3 run from the 8:57 mark while holding the Rattlers to just 23% shooting from the field and 11% from three in the first quarter while forcing eight turnovers and six steals. The Bulldogs held Florida A&M to just 16 points in the first half, which is tied for the lowest allowed in the first half this season.

State kept the defensive pressure high throughout the game and built upon their top-rated steals defense with 14. This was the sixth straight game with at least 13 steals for MSU. State also forced 23 turnovers, the fourth consecutive game forcing at least 23 while turning those turnovers into 24-points.

Anastasia Hayes recorded her 500th career assist with a pass to Debreasha Powe in the first quarter and became the only active Division 1 player to have at least 2,000+ points, 500+ rebounds and 500+ assists in their career. JerKaila Jordan led the team with 12 points, with Asianae Johnson following closely behind with 11. Nine of the 10 Bulldogs that played in the game scored at least 10 points.

Game Notes:
• Outscoring the Rattlers 28-8 in the paint in the first half, 42-14 for the game
• State went on a 26-6 run from 8:57 to the end of the first quarter
• Held FAMU scoreless for over six minutes during the first quarter
• Debreasha Powe led the team with seven rebounds