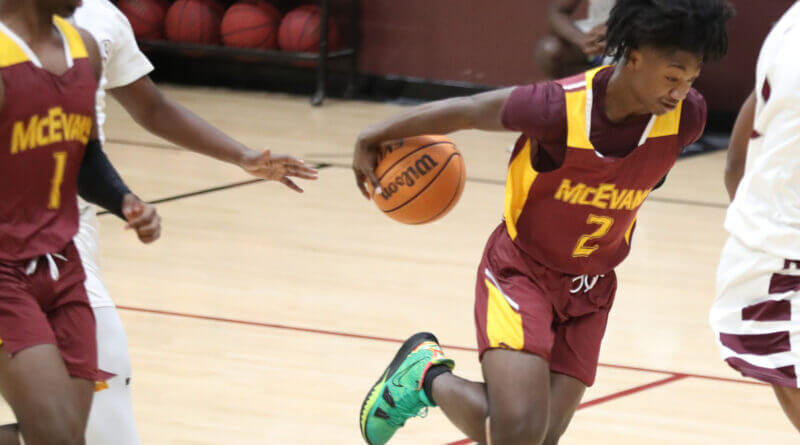 Here are some of the more interesting results from each classification in round 1:

*I had noted this game as one to watch because McEvans (formerly Shaw) always makes a deep run. They were able to get the road win and I expect them to get another one at Richton in round 2.

*Coach Seth Burt and his Houlka Wildcats went north and grabbed a nice first round win. They will have to take their A game to Biggersville this Saturday night. See the game summary here.

*The Bearcats took care of Potts Camp and will now set up a battle at North Side. Both Baldwyn and North Side have been ranked in the top 5 most of the season in 2A.

*Choctaw County, led by Coach Chris Pettit, held off Leland with some late free throws and will now host Charleston in round 2. Choctaw County has won 6 of 7.

*Brady Talley of Alcorn Central brought out some February Madness by hitting an exciting buzzer beater to win the game. They go to Winona next. Watch the shot below.

*Morton was a sleeper pick but Magee was able to come out victorious on the road. The Trojans have a date with Franklin County in round 2.

*I thought this was an upset opportunity for the #4 seed, South Pontotoc. Joe Haze Austin made a long shot at the buzzer to finish off the Red Raiders. South will have another challenge on Saturday at Clarksdale. Watch the shot below.

*Choctaw Central was ranked all year in 4A, but Greenwood is always competitive and found a way to get it done. They will make their way to New Albany for a round 2 clash.

*The South Jones Braves made a driving layup with two seconds remaining to defeat their county rivals. South will visit Picayune next.

*Horn Lake held off the Murrah Mustangs and will trek to Lee County to face Tupelo. See the game summary here.

*Terry defeated Meridian in a low scoring contest. According to the social media posts, there were some controversial things at the end of the game. Nonetheless, Terry will go to the coast and play Biloxi in round 2.