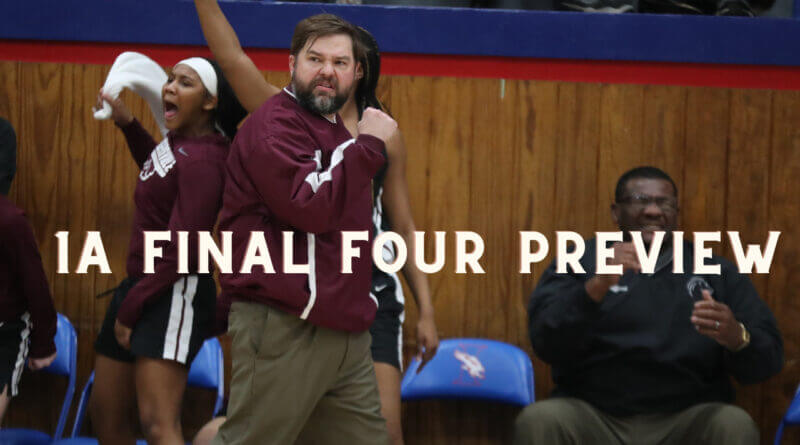 The Biggersville Lady Lions knocked off the defending champions with an impressive victory on Friday night. They are just two wins away from a state title. Hannah Seago and Asia Stafford lead a very physical, tough squad. Lumberton also had an impressive win in the quarterfinals. Most had pegged Bay Springs as the 1A favorite in the south but Lumberton used aggressive guard play to pull off the upset.

Prediction: Biggersville wins this game and the state title later this week.

West Union has won back-to-back road games to make this trip to Jackson. They are a smart, gritty team that cannot be overlooked.

McEvans has had a great season and will likely have an advantage in size and athleticism in this contest.

Prediction: West Union wins in a close one.

Even though this game will be played at lunch, it should be the main dish. It might be the best game of the entire day. These teams should be meeting in the finals but the bracket didn’t work out that way.

Both teams have rolled all season long.

Prediction: It’s a toss up but if you are making me pick, I guess Bay Springs is a slight favorite. (Whoever wins this game, should be the state champion later this week.)

Byers had a very impressive win at Coffeeville last round. And after falling just short of Jackson last year, these Lions are hungry. McAdams has been rolling in 2022.

(Note: These predictions are for entertainment purposes only and could all easily end up wrong.)