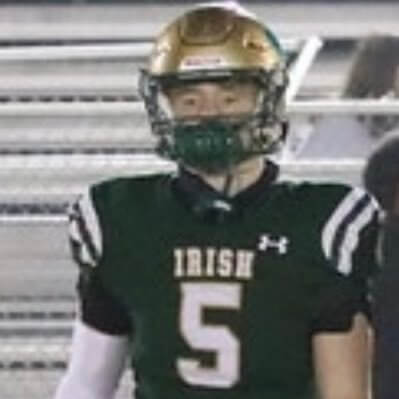 Greenville St. Joseph definitely has an athlete in their hands, in 2023 Linebacker Carson Graham. The 6’1, 205 Junior is coming off of an incredible Junior season where he won MAIS 4A DPOY for the 2021 season. In his Junior season, Graham recorded 121 total tackles, with 53 of those being solo. Graham also recorded 16.5 tackles for loss, while forcing two fumbles and recovering one. He also recorded an interception.

Graham is an absolute machine at the linebacker position. He powers through and around the line, like many of the greats I’ve seen before. Graham lays the wood with power, absolutely dominating ball carriers. A player I would compare him to is a Chance Campbell, former Ole Miss linebacker who was recently drafted to the Titans. Both are players who would be on the absolute top if they just had more size. From watching Grahams highlights, I see him as have 4 star talent, therefore teams absolutely do not need to look down on him with his size.

Graham currently holds offers from Copiah-Lincoln (Co-Lin) Community College, Coahoma Community College, and Lane College (Jackson, TN). Graham is hoping to get more offers but has Co-Lin at the top of his list as of right now. Graham also named schools such as Arkansas, Southern Miss, and Louisiana Lafayette as schools he would want to play for in the future.

Graham has two goals for his senior season, and I couldn’t think of a better two goals to have: Improve and win a state championship. “I want to work to improve myself and improve the team”, Graham says.