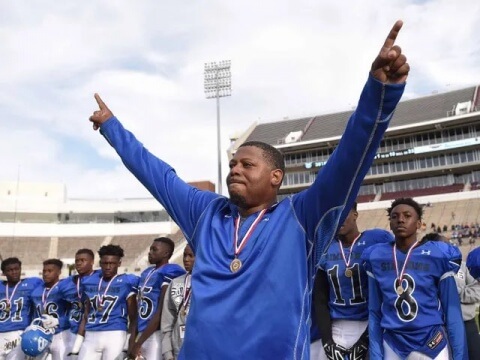 Coach Tavares Johnson Sr will be the next head football coach for Mississippi Delta Community College.

Coach Johnson is a coach’s coach. He has a great personality, stays fresh (dresses nice) and talks that talk. The brother moves with swag and I think he has what it takes to make the MDCC program a lot better. Everywhere he goes he has the charisma that influences kids to buy into what he is selling.

Coach Johnson was the Head Coach for the North in the Inaugural Magnolia State All Star Game where he led his team to a 21-17 victory. He runs a very tight shift and keeps his guys on their toes. Can’t wait to see him on the sidelines at MDCC.