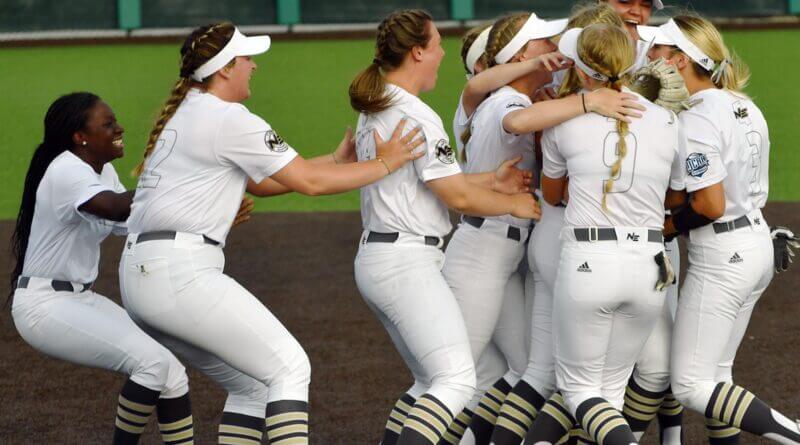 Northeast Mississippi Community College’s softball program will have plenty more opportunities to celebrate at its multi-million dollar facility just as it did after beating then top-ranked Copiah-Lincoln Community College in April last season. The Tigers will play a program record 32 home games, weather permitting, during the upcoming 2023 campaign. (Michael H. Miller/Northeast Public Information)

The Northeast Mississippi Community College softball team will be challenged by an unprecedented schedule during the 2023 season.

The Tigers will set a new program record with 32 home contests weather permitting, which includes two separate tournaments, as part of a 54-game slate this spring.

It is the third time in school history that Northeast will compete in more than 50 regular season ballgames. The Tigers played 56 contests on the way to winning a fifth consecutive division championship in 2005.

Fourteen of the Tigers’ initial 18 matchups take place at The Plex. However, Northeast christens its campaign on the road for the first time since 2019 by traveling to Calhoun (Ala.) Community College on Thursday, February 2.

The inaugural home doubleheader for the Tigers is two days later against Jackson State (Tenn.) Community College. Northeast will celebrate its seven true sophomores on that date.

The first tournament hosted by Northeast is the TigerFest from February 16-19. It is considered one of the top annual events in the National Junior College Athletic Association (NJCAA).

The TigerFest will feature visiting institutions from the states of Alabama, Illinois, Missouri and Tennessee. The Tigers start the competition with back-to-back matchups with Spoon River (Ill.) College and Motlow State (Tenn.) Community College on Friday, February 17.

The tournament consists of a round-robin tripleheader each afternoon. It bears the name of the late Carnell, who was inducted into the Northeast Sports Hall of Fame after resurrecting the softball program in 1993 and leading it for more than a decade.

“We have an opportunity with having turf at our ballpark to bring a lot of teams in. That’s one thing that we’ve been trying to get to over the last couple of years,” said Northeast head coach Jody Long. “Hopefully it prepares us for the toughest juco conference in the country.”

The postseason format has changed with the elimination of the Mississippi Association of Community Colleges Conference (MACCC) Tournament. An expanded NJCAA Region 23 Tournament takes its place and culminates with multiple berths to nationals.