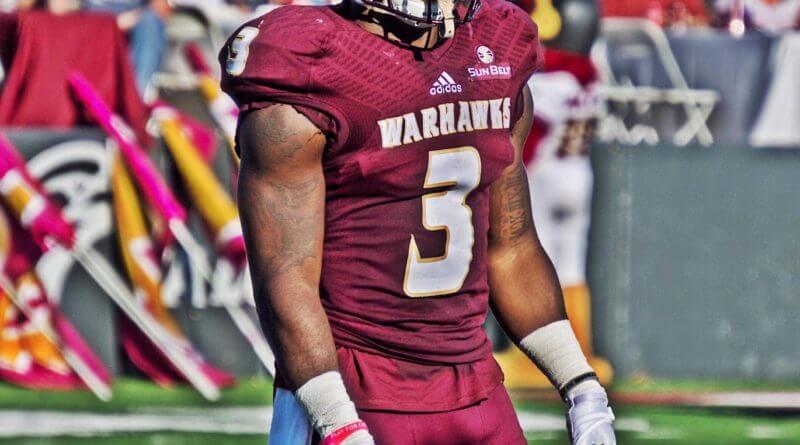 Marcus Green, former North Pontotoc Viking and current ULM Warhawk, is one of the most explosive players in college football and several publications are starting to take notice.

Green is on several pre-season watch lists, including as a Sporting news all American. That publication called him the “most exciting player in college football no one knows about.”

After a breakout junior campaign that saw him finish 4th in the country in all purpose yards and earn 2nd Team All America status that is sure to change.

Green, who scored 55 touchdowns and had over 5000 all purpose yards at North Pontotoc, has continued to rack up yards and scores as a Warhawk. He had over 2000 total yards last year to go along with 10 TD’s.

Green, despite all his success on the field, has maintained a “team first” attitude that reflects his “do-everything” style as a player.

“My goal is to be more of a vocal leader,” Green told us when asked about his thoughts of the upcoming season.

“I usually lead by example, but my main goal is to get to a bowl game and leave the program with it going in the right direction for the future,” he stated.

With numerous accolades already under his belt and whispers of a potential NFL future starting to take hold, it’s refreshing to see such a grounded player do well.

Green enters the season poised for another step forward as “Mr. Do-it-all” for the Warhawks.

Here’s hoping the honors come as fast as he moves on the field.