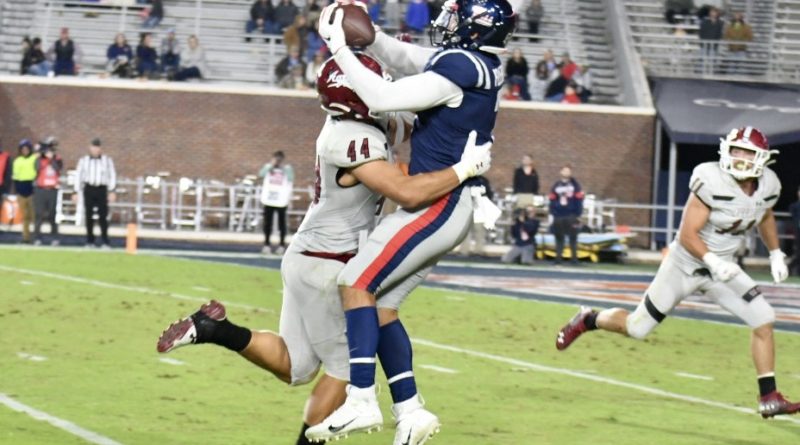 Nobody really knows if we’ll play football in 2020, but history might give us a hint

In answer to a question I have been asked countless times these past few weeks:

No, I have no idea whether or not there will be a 2020 college football season. Don’t have a clue. John Cohen and Keith Carter don’t know either, and neither does Jeremy McClain. Nobody knows right now, and if they tell you they do, they’re lying.

That last plan would not be a first, you know. In the fall of 1918, when the U.S. was enduring not only the Spanish flu pandemic, but also World War I, Mississippi State and Ole Miss played abbreviated seasons and Southern Miss didn’t play at all. State played five games and Ole Miss four – and for the only time in history, Ole Miss and State played each other twice.

The Spanish flu, which wasn’t Spanish at all, was a factor. It killed more than 6,000 Mississippians and sickened tens of thousands more. So was the war, which ended that November. State defeated Ole Miss in both “Egg Bowl” games, 34-0 at Starkville and then 13-0 at Oxford.

You will recognize the name of the Ole Miss head football coach. He was none other than Clark Randolph “Dudy” Noble, who would return to his alma mater, State, in 1920 and later tell a sports writer, “I already know what hell is like. I once coached at Ole Miss.” Yes, and Noble once owned a bird dog, a lazy mutt that wouldn’t hunt, so Noble named him “Mr. Ole Miss.”

But let’s get back to 2020 and the business at hand, which is that everything is up in the air, in sports as in just about every aspect of life. March Madness was a victim of the virus and so was the college baseball season and all other spring sports. Revenue is down across the board. Athletic directors are trying to figure out how to get by with less money – and that’s before we even get to football, which produces the most revenue and is very much in question.

If they do play football, do they play to limited crowds or no crowds at all? If they delay the season and start late, how does that affect the bowl schedule and the playoffs?

Still another scenario being discussed is playing college football into the spring. How would that work? Would we have baseball/football doubleheaders?

Or will we even have reached the point where we can play the games next spring?

One possibly good result of all this, in my mind, would be if the football season is simply delayed by a month and begins in early October when it ought to be starting anyway. August/September football has become an exercise in misery, particularly in the Deep South where temperatures on the field often are well over 100 degrees. Just start it later and play through December, I say. Move the bowl games back.

Meanwhile, college basketball coaches are recruiting over the telephone and learning all about FaceTime. They are giving “virtual tours” of their campuses.

And baseball coaches are trying to manage their rosters, which will be bursting at the seams in 2021. The NCAA has given 2020 seniors an extra year of eligibility. Meanwhile, Major League Baseball is talking about limiting its upcoming draft to just five rounds. That means fewer high school players will be drafted and more will go to college. Fewer college juniors and seniors will be drafted and will hang around and play another year of college baseball.

The talent level in college baseball next season, whenever it is played, will be the highest it has been in the history of the sport. That will be fun when it happens. If it happens.

It’s all up in the air right now. Meanwhile, we need for people to do what the experts are telling us to do. Stay home. Stay safe. And hope for a vaccine, sooner rather than later.

This article first appeared on Mississippi Today and is republished here under a Creative Commons license.