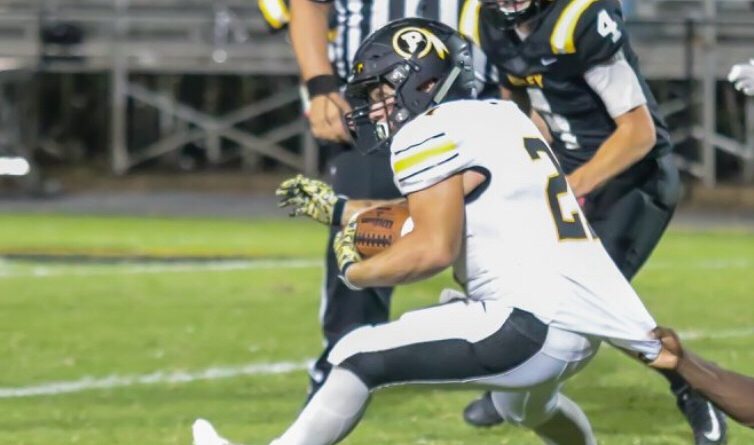 Pontotoc came in to their Friday night contest against Ripley trying to bounce back after last weeks first loss of the season. After falling behind early, the Warriors rattled off 42 unanswered points to put an exclamation point on their 49-10 bounce back win.

Pontotoc’s win was highlighted by three first half touchdown passes from Justin Carter to Caleb Hobson. Carter completed an additional touchdown pass to Cade Armstrong to end the night with four touchdowns through the air.

The victory moved Pontotoc to 5-1 on the season. They begin division play next week as Mooreville comes to town.