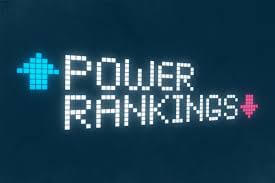 It was a wild week in the SEC’s second weekend of action in 2020. Missed extra points, lackluster defenses, and a broken streak dating back to 2017. With these in mind, here are my power rankings of the SEC after week two.

As is tradition in the SEC during Nick Saban’s tenure, the Crimson Tide is ranked on top until someone else dethrones them. After dispatching a brand-new Missouri team and lackluster Aggie squad, their defense will now be tested by a high-powered offense in Oxford next Saturday.

I know what I just said about Alabama, but it was tempting to put the Bulldogs on top. After Stenson Bennett IV helped his squad to pull away from Arkansas, he led the offense to 24 unanswered points to start the game against Auburn. Backed up by maybe the best defense in the SEC, the World’s Largest Cocktail Party in 2020 may be one of the best in a long time.

Don’t look now, but Tennessee has an emerging all-purpose back in Eric Gray. With 105 yards rushing and 2 touchdowns, one receiving and one rushing, Jarrett Guarantano now may have some pressure taken off him. He’s shown flashes this season of major improvement, but it remains to be seen if Pruitt’s squad is ready to compete against the top dogs in the East.

Do I think Arkansas is probably the fifth best team in the conference? No. However, they deserve massive praise for ending a 20-game conference losing streak in Sam Pittman’s second game at the helm. Defensive coordinator Barry Odom had a fantastic game plan for the Air Raid. Felipe Franks didn’t force more than he had to. The Razorbacks will be a tough out for most this season.

Auburn still has a lot of talent. However, the Tigers looked completely outclassed against Georgia. Bo Nix has looked great in his short career against mid-level competition, sans last year’s Iron Bowl. However, he still has struggled in games facing off with top-level talent. If he can’t improve, it may be a problem for the Tigers.

The Tigers looked very bad last weekend against Mississippi State. However, with Derek Stingley Jr. back and Myles Brennan in his second game, Orgeron’s squad looked like a different team than last week. Granted, it was Vanderbilt. It still looked like a much different and more prepared squad in week two.

The Rebel defense still has so much work to do. Yet, improvement could be seen. Maybe not in the yardage category. The defense came up with big stops in the fourth quarter when the offense needed the support. Meanwhile, Ole Miss looks like it may have the best offense in the SEC from a team not named Florida and Alabama.

Honestly, I have Ole Miss and Mississippi State close to a 8A and 8B. It is never a good thing to be the squad that allows a team to break a 20-game conference losing streak. I don’t think Mike Leach’s offense has already been figured out. The Bulldogs are still probably going to beat another team that most think they shouldn’t. However, Costello now has seven turnovers in two games. That could be an issue down the line.

This makes two weeks in a row that the Wildcats have shot themselves in the foot in critical situations. With two key turnovers against Auburn and a missed extra point that gave Ole Miss the win, Terry Wilson and company could easily be 2-0 at this point.

The Gamecocks are 0-2. However, they were extremely close to knocking off the Vols last week and put up a decent fight against Florida in the first half. While it may not be the start Will Muschamp envisioned, this team looks to be competitive in a lot of games this year.

1-1 has to count for something. Yet, I’m nowhere near sold on this Aggie team that was supposed to make that big jump this season. They struggled to win by two against Vanderbilt. They follow it up with never looking competitive against the Crimson Tide. I am sure this team isn’t the 12th best team in the league, but I will need to see it first before I move them up.

Eli Drinkwitz has had a tough go at it in his first two weeks as the leader of Missouri. They start off at home against Alabama, who is firing on all cylinders already. They get a scary Tennessee team on the road to follow that up. Now, they are welcomed to Baton Rouge to play LSU next week. It will get easier, at least.

I really do think Derek Mason’s squad may be slightly better than last season’s. Sadly, that doesn’t say too much. I look at the schedule and see the following: South Carolina, Missouri, Ole Miss, Mississippi State. If they do not sneak one out in these four games, I do not see a win on the Commodores’ schedule.