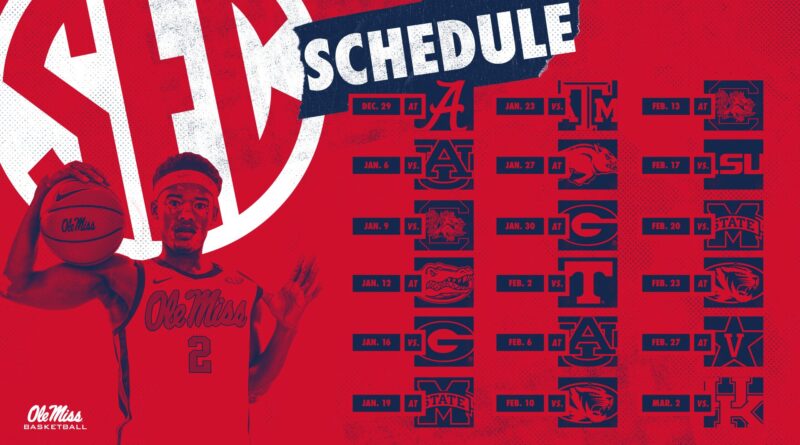 Across the Southeastern Conference, basketball programs received the layout of their schedule in what is sure to be another year of a challenging conference slate.

As for the Ole Miss Rebels, that will definitely be the case as their schedule was released in a graphic on their social media pages.