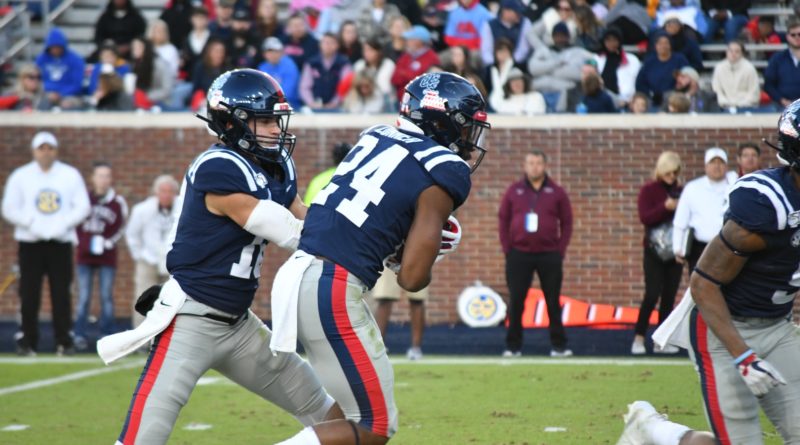 The 2020 SEC football season is just around the corner, and it comes in a form not seen before in modern history.

The Ole Miss Rebels begins their first campaign led by new head coach Lane Kiffin with a home match-up against the fifth-ranked Florida Gators. The Gators are led by a coach all too familiar to Rebel fans, Dan Mullen.

This will no doubt be a formidable foe for Lane Kiffin and company, as one would expect near perfection for the unranked Rebels to knock off the Gators.

Ole Miss leads the all-time series against Florida on the gridiron 12-11-1, but the Gators hold a 5-2 advantage on contests played in Oxford. The previous meeting between these two teams came in 2015 with 38-10 victory in Gainesville for #25 Florida over #3 Ole Miss.

With the prior match-up stats out of the way, let us take a look at keys to a major upset in Oxford on Saturday for the Rebels.

It is no surprise to see this point on this list. A high-octane offense has been the key to most Rebel victories since 2015. Under a new offensive coordinator, it will be imperative for the offense to feel well-acquainted to the new scheme to knock off what should be a fantastic Gator defense. The two losses sustained by the Gators last season, LSU and Georgia, came with both opponents scoring a combined 66 points.

2. The front seven will have to find ways to consistently pressure.

Most Rebel fans know that the top unit of the defense is expected to be an extremely deep linebacker core. However, most also expect the defensive line to be the weakest part of the defensive unit with so many questions and new faces. Florida returns an experienced starter in Kyle Trask and plenty of pass-catching weapons in Jacob Copeland, Kyle Pitts, Trevon Grimes, and Kadarius Toney. The important of getting pressure on Trask to force Florida to rely on their running game where there are plenty of questions will be essential for Ole Miss to stay in the game.

Logan had the definition of a rocky season in 2019. He boasted the lowest field goal and extra point conversion percentage in the SEC last year. He has stated he feels much more confidence this year, and he claims he has received more reps in practice this year than any other year he has been on campus. Completing upsets usually requires some big-time kicks to be made, so Logan will need to be on his A-game this weekend.

4. Regardless of Corral or Plumlee, QB1 will need to smart and sharp.

Lane Kiffin has kept the leader of his quarterback battle pretty quiet. However, many believe Matt Corral to be the man who will take the opening snap for the Rebels at 11 a.m. on Saturday. He will be tested right off the bat against a stout Gator defense that will be one of best in the nation in 2020. No starting position is filled by a freshman on the defense for Florida, including a fearsome four up front of two seniors, a junior, and a sophomore. Two seniors fill the safety positions for the Gators, as well. Some worry about depth at cornerback, so the passing game may be able to pick at guys on the outside. However, this defensive line against a young offensive line will force the signal-caller to get rid of the ball quick while limiting back-breaking turnovers.

5. Kiffin and Lebby must be aggressive.

This is a key that I am not worried about. There is a reason that Lane and Jeff have led multiple top-scoring offenses in their careers. They capitalize on the strengths of their units and usually stay aggressive in their playcalling from start to finish. Both of these are essential when teams pull off major upsets. I would expect the same to be true if Ole Miss is to knock off Florida on Saturday.

Ole Miss is slated to kickoff at 11 a.m. against #5 Florida in Oxford on Saturday. The game will be broadcast on ESPN.