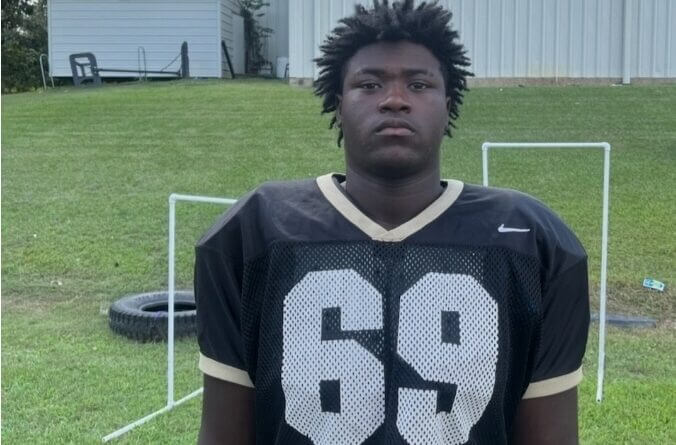 Kamron Beavers has received an offer from Ole Miss. The 6-4 330 defensive lineman has been impressive this season and it is paying off.

Kamron Beavers is a very vicious defensive lineman. He is a big guy that moves very well. He received his first power five offer from Texas Tech last week. He has a very high ceiling and you can look for a lot more offers to come.

Kamron Beavers knows how to use his hands. He is a disciplined defensive lineman. He knows how to respect his assignment and he does not overrun plays. He is very strong and can clog up holes. He also can be important to their defense in the passing rush. He has some nice speed for his size.

Beavers told me that he has a brother who died from cancer. That is some of his motivation to be so good not only on the field, but in the classroom. He thinks that it is very important for him to be positive to get a good education. He is going to be a very good player. He is one to keep your eyes on.