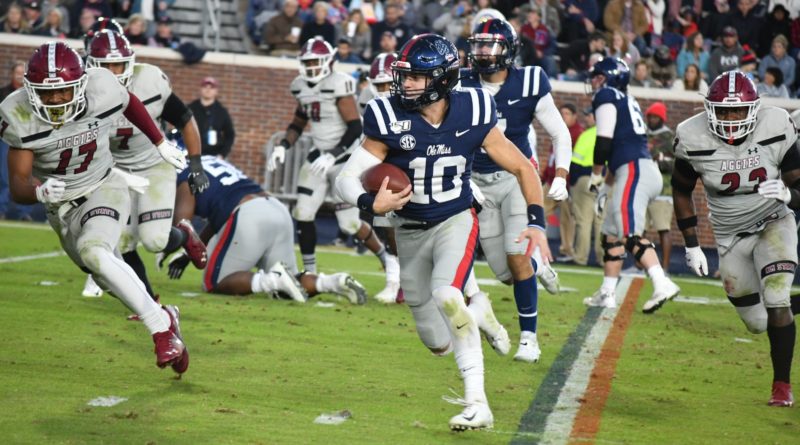 It’s the day that college football fans in Mississippi count down to. On a day with family events, fellowship, and food amounts that could feed an entire county, Ole Miss and Mississippi State will meet in Starkville in the 92nd Battle for the Golden Egg. In the past thirty years, the record between these two teams is 15-15, along with the road team winning the past four meetings, which is tied for the longest streak in the rivalry’s history. So, throw out home field advantage and gear up for one of the most interesting Egg Bowl matchups in recent years. Here are the keys to the game for the Rebels to bring the Egg back to Oxford.

Run the football and never look back

This one is pretty simple. Since 2000, only once has a team in this matchup led at the end of the first quarter and went on to lose the game (in 2013, MSU won after not leading but the score was 0-0 after the opening quarter). Again, the Rebels need to strike first and keep their foot on the gas pedal against a Bulldog offense that has thrown the ball great at times with Tommy Stevens under center.

Finally, this one speaks for itself. Neither school has had excellent attendance numbers this season, but you can expect the MSU faithful to pack Davis-Wade stadium out for this one. Ole Miss again needs to be effective on both sides of the ball especially early to keep the fans out of the game. With those cowbells, Starkville can become one of the toughest environments to play in if the momentum is on the Bulldogs side.

If you look up the definition of a toss-up, this matchup would be a perfect example. Two teams that must win to have a shot at a bowl game (the Rebels have an outside shot based on their high APR score). However, both teams want to put the ball on the ground, and Ole Miss has ran it more efficiently and stopped the run better than State has this year. It will come down to the final possession, but give me the Rebels to bring the Egg back to Oxford.