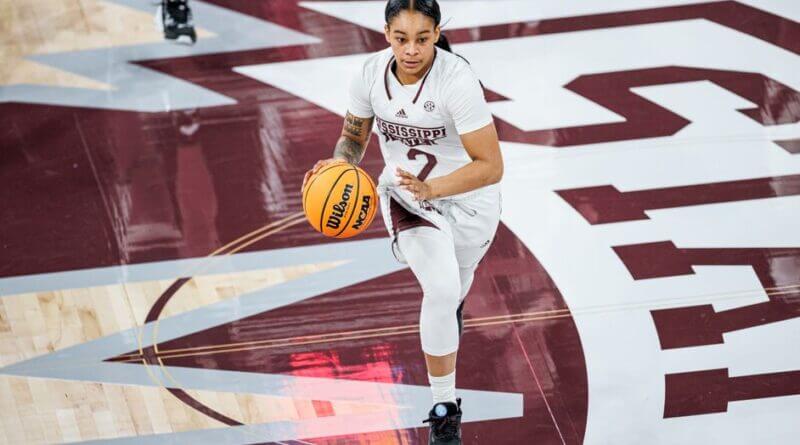 The Mississippi State women’s basketball team earned their sixth victory of the season Tuesday night with its blowout victory over Louisiana-Monroe (ULM), 94-39. The game was played without fans due to inclement weather in Starkville and the surrounding areas.

Mississippi State came to play on a stormy Tuesday night in the Hump. The Bulldogs held ULM to just two points in the first quarter, tied for the fewest points allowed in any quarter in program history, and took a commanding 21-2 lead after the first. The lead eventually swelled to as much as 55 points late in the fourth quarter, their second-largest lead of the season. MSU shot 55% from the floor while holding ULM to just 25% shooting.

The Bulldogs had five players score in double digits on Tuesday. JerKaila Jordan led the way with the first 20-point game by a Bulldog this season. Jordan added seven rebounds, three assists and a steal to her totals. Following closely behind Jordan in scoring were Kourtney Weber and Asianae Johnson, who each had 14, followed by Debreasha Powe with 12 and Jessika Carter with 10.

Weber started hot, scoring 10 points in the first quarter, with six coming from behind the three-point line. Jessika Carter led the team with nine rebounds, coming just shy of her fourth double-double.

Alasia Hayes came off the bench making a solid statement hitting a pair of three-point shots, the first of her career, to open up the fourth quarter. Charlotte Kohl recorded a season-high of seven rebounds.

• Jessika Carter recorded two blocked shots and has an even 20 on the season. She’s averaging 2.5 per game.

• MSU had a season-high 45 points from its bench

• State had 13 steals on the night. They have recorded at least 12 steals in all but one game this season

• This was Mississippi State’s second game, first since the season-opener, with at least 20 assists. They had 22

• Anastasia Hayes had six assists. It’s the sixth game this season that Annie has had at least six assists.