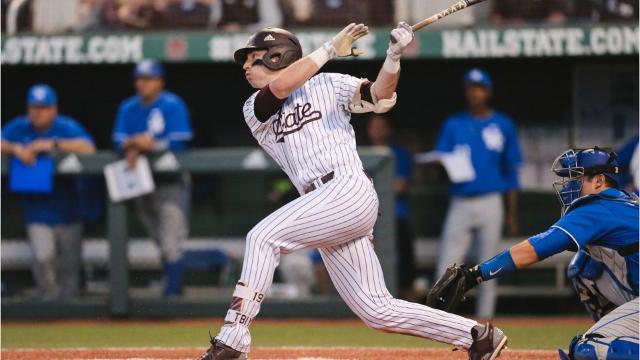 Former Mississippi State baseball player Brent Rooker has been named to the 28-man U.S. Baseball roster, which will take part in the Premier12 in Mexico next month. This is a roster filled with players that are not currently on 40-man rosters in the MLB, the tournament in Mexico will be the first opportunity for Team USA to qualify for the 2020 Olympics.

Rooker, Germantown (TN) native, became the second player in SEC baseball history to win the triple crown. His 2017 season is one of the best in Bulldog baseball history, which led to him being a first round draft pick of the Minnesota Twins. This experience for the national team could propel Rooker to making the Twins’ roster out of spring training next season, after he made it to their Triple-A affiliate in just his second full season in the minor leagues. Best of luck to Brent and Team USA in Mexico next month!