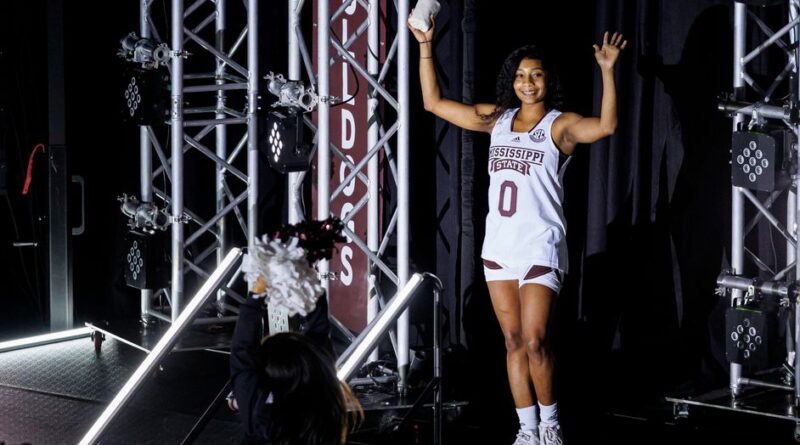 Anastasia Hayes and Jessika Carter each picked up another preseason accolade ahead of the 2022-23 season as both have been named to the Coaches’ Preseason All-SEC teams, the SEC announced on Tuesday. The vote comprises all 14 of the League’s head coaches, with coaches unable to vote for their own players or team.

Hayes, a native of Murfreesboro, Tenn., enters her final season wearing the Maroon and White with a long list of accolades to her name. She has followed up last season’s WBCA All-America Honorable Mention and All-SEC Second Team honors by earning a pair of preseason All-SEC honors and a spot on the Nancy Lieberman Award Watch List that honors the nation’s best point guard.

Hayes is coming off a stellar 2021-22 campaign where she averaged 18.6 points per game, the third-best average in the SEC. She scored at least 20-points in 13 of the 25 games she played in, including 10 SEC games, while also scoring a season-high 31-points in a Bulldog win over Vanderbilt on Jan. 9. She has scored 1,976 points in her impressive career, is just 24-points shy of 2,000.

Carter, who enters her redshirt senior season in Starkville, has a long list of career accomplishments, including being named a WBCA All-America Honorable Mention and a Second Team All-SEC performer. In her career, Carter is averaging 9.3 points, 6.4 rebounds and 1.4 blocks per game. She also has 564 career rebounds, and 119 career blocked shots. A significant milestone for Carter is reaching the 1,000-point club, which she is just 185 points shy of achieving.

Mississippi State fans can get their first look at the 2022-23 squad on Wednesday, Nov. 9 at 7 p.m. when State hosts Mississippi Valley State in their home and season-opener. Mississippi State will honor one of the greatest athletes in the University’s history when they commemorate the No. 32 jersey of LaToya Thomas and add her name and jersey to the rafters of Humphrey Coliseum. Thomas’ jersey commemoration will be at halftime vs North Alabama on Nov. 11. Tipoff for that contest will be at 5:30 p.m. CT.