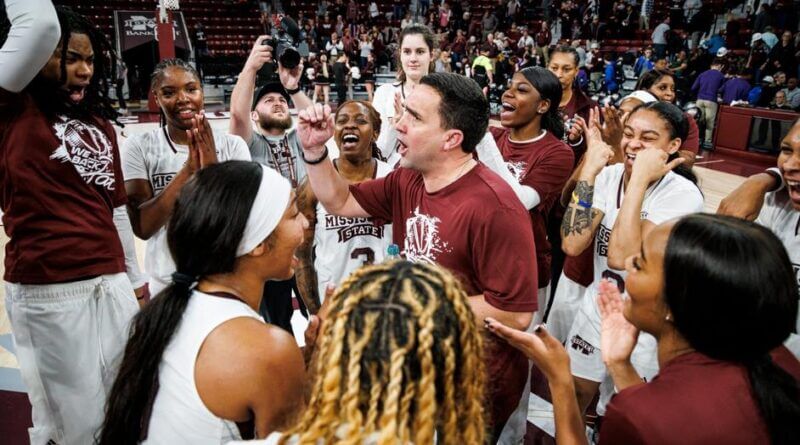 Mississippi State women’s basketball earned its third straight SEC win on Sunday after a thrilling 77-76 comeback victory over Kentucky. The win improves the Bulldogs to 15-5 on the year and 4-3 in the SEC.

The Bulldogs, who trailed by five at the break, earned their first win when trailing at halftime thanks to clutch plays on defense and at the foul line. Mississippi State, who entered Sunday shooting 64% from the foul line, was almost automatic against the Wildcats, shooting 85% (17-for-20) in the game and an even better 16-for-17 (94%) in the second half.

After a slow start in the first quarter that saw State trailing 18-8, State began to chip away at the deficit, winning the second quarter 20-15 to make it a 33-28 game. With work still to do and trailing by five, Mississippi State came out in the second half ready to work. After shooting just 43% from the field in the first half, State found some momentum and improved its shooting to 47% in the second half while earning its best free throw shooting percentage of the season at 85%. After five straight games of single-digit bench points, the Bulldog bench came alive against the Wildcats, scoring 17 points.

Jessika Carter again was the driving force for the Bulldogs, knocking down 21 points, eight rebounds, and four assists. Carter has now had five 20-point games this season; she has scored in double-digits in seven consecutive games for the first time since the 2020-21 season. Carter has had two or more blocks in 12 straight games this season. Her most significant play of the night was a drawn charge call, with four fouls, when there were just 23 seconds left. The drawn charge came after she turned the ball over and also fouled out Kentucky’s best player.

Game Notes
• State outscored Kentucky 46-20 in the paint.
• Parker played her first game since Dec. 11 vs. Texas A&M Commerce. Parker scored 4 points and three rebounds on the day.
• Weber scored 4 points and four rebounds, her first points since scoring just three against South Carolina on Jan. 8
• This was just the third time this season that the Bulldogs trailed at halftime
• MSU held Kentucky scoreless for the final 5:27 of the second quarter
• MSU has had 10+ assists in 17 consecutive games, the most since the 2009-10 season
• State held a 4-3 advantage in the first but didn’t regain the lead until the 7:28 mark in the third when it was 34-33
• With the win, Sam Purcell is tied for the winningest first-year head coach in program history