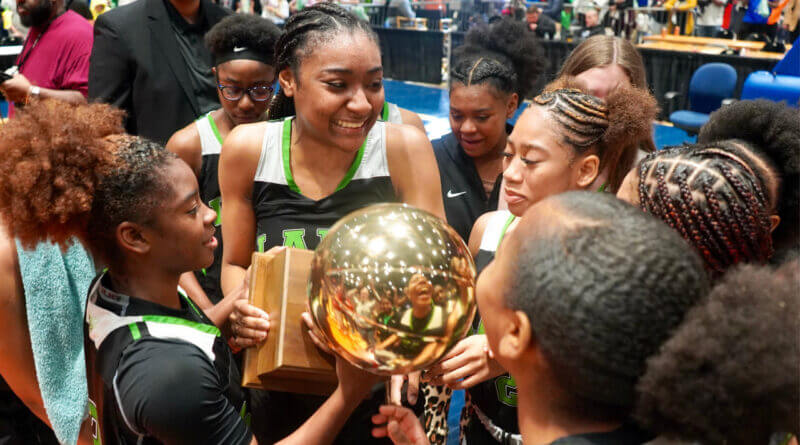 The Lake Lady Hornets defeated Belmont 46-44 to capture the 2022 2A state championship.

It was an intense back-and-forth contest from start to finish. Lake led 11-9 after the first quarter behind the play of Tra’Shaylah Wilson. The guard finished with 13 points.

Carlie Brock came alive on the offensive end for Belmont in the second quarter, but Wilson hit a deep three pointer at the buzzer to give Lake the 27-26 halftime lead.

The second half was a battle. Belmont had some foul trouble and at times struggled to find open looks on the offensive end. Lake made the necessary plays down the stretch to keep the lead. They had multiple players who could make plays and were able to hit shots. Every time Belmont tried to make a run, Lake had an answer.

With seconds remaining, Brock drove the length of the floor but her shot in the lane was in and out and Lake held on for the two point victory. Lake completes their championship season with a record of 24-3. Belmont’s repeat falls short and they conclude at 27-6.

A couple of key stats: