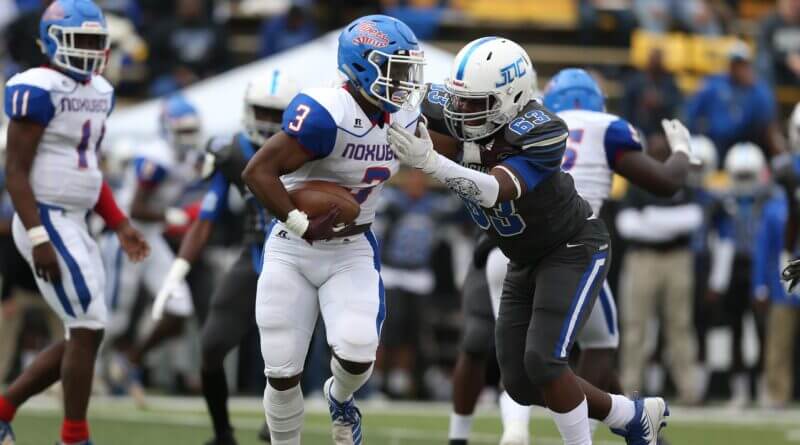 The first of six state championships features a doozy right off the bat. Two tradition rich football programs, but in separate timeframes. One team has made frequent appearances here over the past decade, the other looking to restore the glory of one of south Mississippi’s finest brands.

The Tigers had a great shot and had their chances in Hattiesburg last year, but ran into the juggernaut we know as Lance Mancuso and his Jefferson Davis County Jaguars. This year, it’s no surprise they’re here. Their offense has the capability to create separation on the scoreboard. However, their defense is what makes them great and has done so for over a decade. Eight points allowed per game is no easy task against anybody. Also consider were they did it, arguably the best area of prep football in Mississippi. However, they’ll have their biggest test of the season come Friday.

It’s hard to understate what Chandler Pittman has meant to Magee High School, both on and off the field. They survived by all measures the toughest region in Class 3A, and not only that, they were perfect in doing so. Pittman’s yards speak for itself, but just like their opponent Friday, they play defense, some outstanding defense. They’re allowing right at seven points given up per game, and only surrendered 16 total points in the postseason thus far. Will they have what it takes Friday? They’re going up against a team that almost never loses when they’re on this stage, last year being an anomaly.

Don’t expect either team to score over 25 points Friday night. As far as being battle tested, there’d no way you can say Magee isn’t, given their schedule and being able to win in the clutch. However, Noxubee County is no stranger to big games, historically speaking. The Tigers haven’t really been in any tight contests to date. Has anyone stopped Chandler Pittman this season? Not very often. I look for him to do the same thing Friday. Give me the Trojans ending the two decade drought.