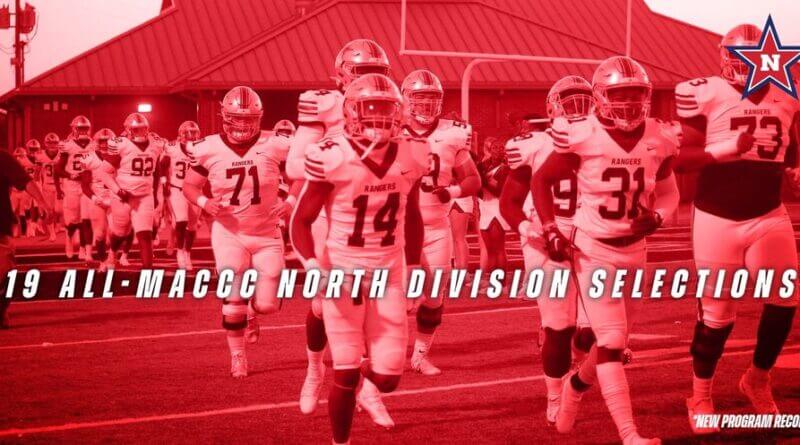 Although the season isn’t over yet for the Northwest football program, several Rangers have already been chosen for All-MACCC North Division honors, the conference announced on Tuesday morning.

A whopping 19 Northwest players earned first team, second team or honorable mention accolades, marking a new record for the Rangers. Among those selected, sophomore receiver D.T. Sheffield was also voted as both the Offensive and Special Teams Player of the Year for the North Division.

Sheffield has rewrote the record books since arriving to Senatobia in 2020. The Corinth native and all-time leader in receiving touchdowns leads the NJCAA with 11 receiving touchdowns, and is tied for fourth in total catches (53) and seventh in receiving yards (677). Sheffield has also been electric on special teams, returning 20 punts for 226 yards, ranking fourth in the nation in both categories. He also returned a 65-yard punt for a touchdown earlier this season in a victory against Holmes.

Additionally, coach Benjy Parker was a co-recipient of the MACCC North Division Coach of the Year award, as voting finished in a tie between Parker and Holmes coach Marcus Wood. Parker, who earned NJCAA Region 23 Coach of the Year accolades last season, has guided Northwest to the conference playoffs every season since taking over in 2016. Under his leadership, Northwest has played in the conference title game four years in a row and six of the last seven seasons.

Northwest (10-1) is currently ranked No. 2 in Monday’s most recent NJCAA polls. Should the Rangers hold at the No. 2 spot, Northwest would host a first-round NJCAA playoff match up in Senatobia on either Saturday, Dec. 3 or Sunday, Dec. 4. A formal announcement should be made some time early next week.