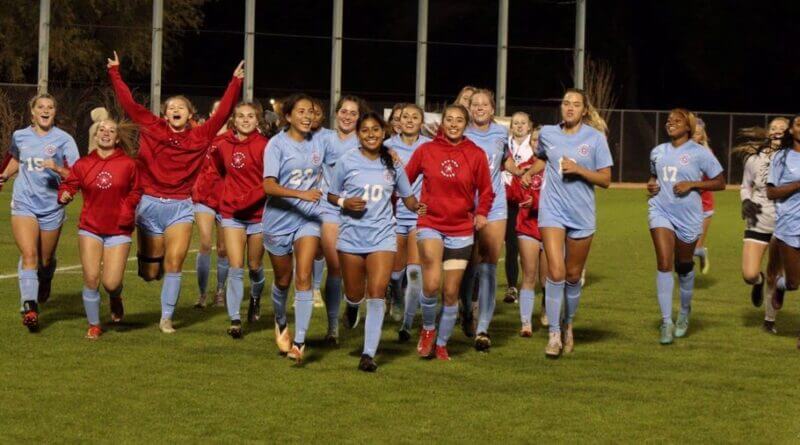 After playing the entire first half with no score, the Lady Bears broke the ice with a goal from Anacel Valenzuela-Acosta in the 53rd minute. Zalma Torres then scored in the 71st minute to give Phoenix some breathing room, marking the first time all season that a team scored multiple goals in a match against Northwest.

Phoenix College outshot Northwest 13-9, with a 9-5 shots on-goal advantage. The Lady Rangers were also whistled for seven fouls, with only two called against the Lady Bears.

Despite the season-ending loss, coach James Beattie’s squad had a lot to be proud of in a historic 2022 season. The Lady Rangers finished with 15 wins for the second consecutive season, tying the program’s single-season record. In three complete seasons, Beattie’s coaching record now stands at 36-11-4, placing him within five wins of tying former coach Levi Nunnally for the title of second-winningest coach and six wins from surpassing him.

In addition, Northwest outscored its opponents this season by a 74-9 margin. The Lady Rangers won 12 games by shutout, including a month-long stretch in October where Northwest outscored the competition 20-0, with one of those matches being a 3-0 Region 23 quarterfinal victory against East Central on October 29.

Several players will also wrap up their Northwest careers in the record books. After shattering the Lady Rangers’ single-season and career assists record last season, sophomore Jennifer Enriquez will hold on firmly to both records, ending her career with 30 total assists, 11 more than Gena Gutierrez and Ally Bailey’s tied total of 19. The Las Cruces, N.M. native racked up 20 of those assists last season and recorded 10 more this year.

Enriquez also leaves Northwest with 23 career goals, placing her tied for sixth all-time with Adrienne Whitson (2002-03) and M.J. Loeffel (2020-21). She also has 75 total points recorded over her two seasons, placing her fourth all-time in that category.

Sophomore goalkeeper Addy McCann also concludes her two seasons in Senatobia with 124 career saves, good for fourth all-time. The Hernando native compiled 86 of those saves this season alone, placing her 10th in single-season saves. She also finished this season with a 14-2-3 record, earning the most wins by a goalkeeper in a single season.

As for Phoenix College, the Lady Bears will face Holmes on Saturday for the NJCAA Championship. The Lady Bulldogs advanced to the title match after netting a 2-1 double overtime victory against Jones College in the other semifinal match.