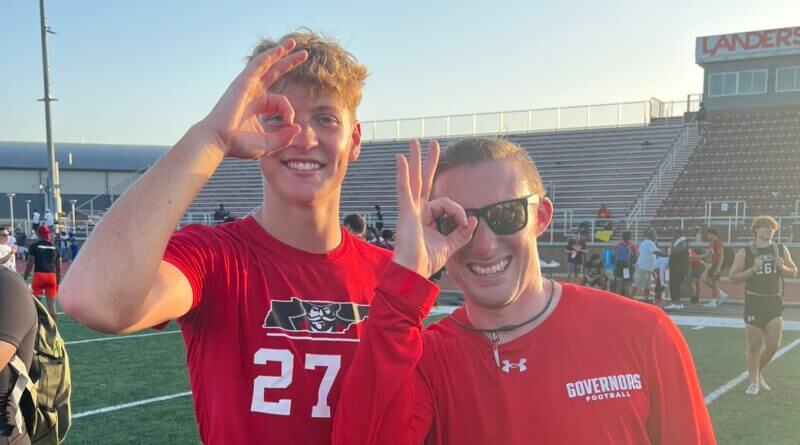 Noah Gillon received a well deserved offer from Austin Peay today. The 6-3 180 2025 QB out of Booneville has a lot more to come.

Noah is a very talented two sport player that has started getting some recognition in football. He has transferred from Tupelo High School to Booneville and is looking very good. He is a guy that stands tall in the pocket and delivers a very great football. He trains with QB Country out of Memphis and you can tell they have him working very hard on his mechanics. Gillon is a guy I have been big on since I first saw his film. It was a JV film, but his maturity is what caught my eye. I was very impressed with his decision making and his progressions through his reads. Noah has a great chance to play QB on the D1 level and I think his stock will continously go up over these next three seasons.

“This feels like a dream come true,” said Noah. “It finally feels like all of this hard work is starting to pay off.”

Noah works very hard during the off-season. He attends camps and hits the weightroom hard. He also plays basketball all summer and that helps him stay in shape.

“I had a really good camp at Austin Peay. They called my coaches and told them that they were going to offer me a scholarship at the next camp. I showed up, balled out and they offered me after the second camp. Right now, being 6’3 at 16 years old, I’m really trying to focus on my speed so that I’m able to get out of the pocket and deliver the ball where it needs to go. To do I am doing a lot of resistance band work. I feel like practicing basketball all summer has upped my speed a lot too.”