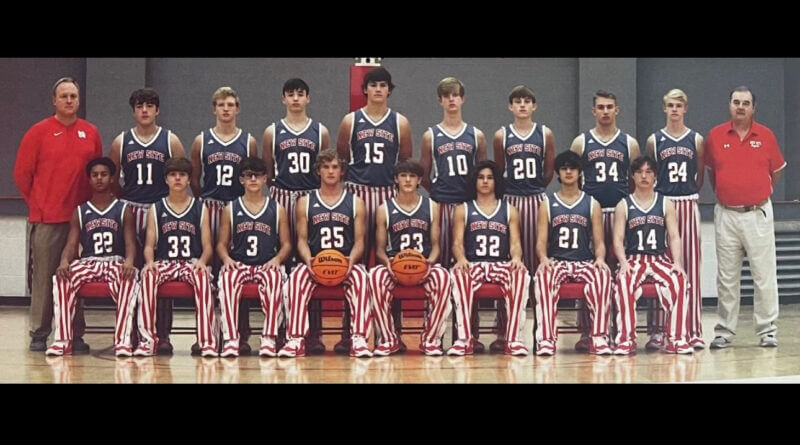 New Site – When Coach Stephen Deaton took over at New Site, he knew it would be a rebuilding project in year one. The Royals had strung together many good seasons, but their top players had graduated and the best projected returnee transferred in the Summer. The results were not ideal as Deaton’s squad started the season 0-13 and didn’t win a game until December 14. They continued to grow and battle, as you would expect from a program like New Site, and won eight of 15 games to end the season. They concluded with a record of 9-22 and a first round loss at Charleston (54-50). Coach Deaton was optimistic headed into his second campaign at the helm:

“I felt like last year was a year to rebuild this program. We were starting five guys who had little to no varsity experience. And on top of that, they were playing in an entirely new system. Coming into this season, we had three returning starters with varsity experience, and they were coming into year two of our system with a lot more confidence.”

The three returning starters are Malachi King (SR), Dallas Pounds (JR), and Daniel Wildmon (JR). They each bring a different skillset to the team and fit well together. King is an energy player who defends and handles the ball. Wildmon can score at all three levels. Pounds is a skilled big man who can rebound, defend, and score. Deaton also features senior Eli Hall, a hustle player who defends and rebounds. Sophomore Kade Hughes is an athletic defender who has scoring capabilities as well.

What a difference a year makes. In 2022, the Royals are off to a 6-0 start, including wins over Wheeler, Blue Mountain, Jumpertown, Mooreville, and a couple of Alabama teams.

“It is a nice start, but it is a long season. The guys have really bought in to the things that it’s going to take to sustain success not only this year but for the future. We want to continue to keep our head down and work to be the best version of ourselves come January.”

The boys from Prentiss County will need to be ready as they compete in a division with Baldwyn, Walnut, Belmont, East Union, and 2A defending champion Pine Grove. Can the red and white keep up the good start? Check them out at home against Alcorn Central on Friday, November 18 and in a big matchup with West Union on Monday, November 21 at Hickory Flat.