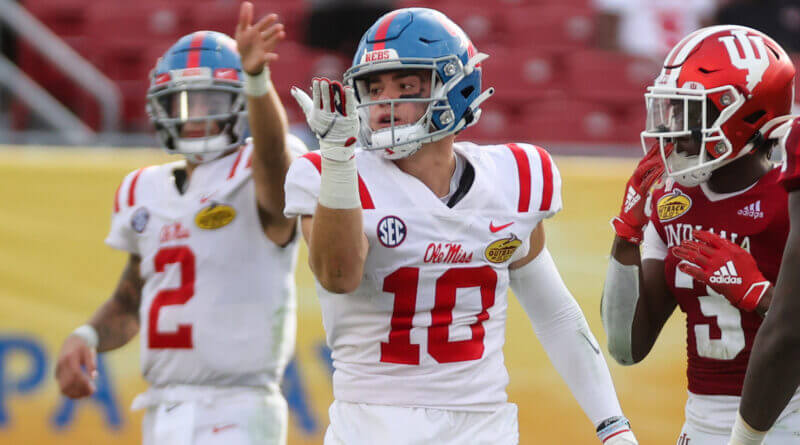 The (off) season of change continues for Ole Miss as former 1,000-yard rusher John Rhys Plumlee announced his intention to transfer to continue his career.

Plumlee announced his entry into the transfer portal on Monday in a Twitter post that spans five tweets, in which he thanked his football and baseball programs, alongside the entire Ole Miss community.

The transfer of Plumlee adds to many others who will not return from a historic Ole Miss season as departures such as Matt Corral, Jerrion Ealy, and Sam Williams will see entirely new faces have to step up in the 2022 season.

More departures may be coming as Chance Campbell and Snoop Conner are among others who have decisions to make regarding their future.

Plumlee’s tweets are linked below.