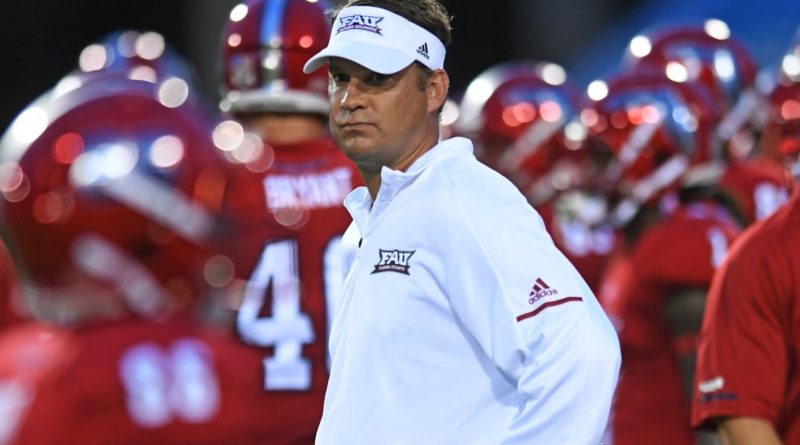 The Rebels have found their man. Sources confirm to Mississippi Sports that Lane Kiffin has agreed to become the head football coach of the Ole Miss Rebels.

Athletic Director Keith Carter cited “confidentiality” and “efficiency” as key in this search. He held true to these standards as the official word did not leak until an Ole Miss plane was spotted in Boca Raton on Thursday.

According to sources, Kiffin will be signed to a four-year deal earning $3.75 million per year. He was previously making $2.375 million this past season at Florida Atlantic University.

Kiffin, 44, has served as the head coach of the FAU Owls since 2017, and he has guided them to two ten-win seasons and two Conference USA championships as well.

Previously, he had served as head coach of the Oakland Raiders, Tennessee, and USC; also, he served as offensive coordinator of Alabama under Nick Saban for three years.

Rumors are also circulating that Kiffin is eyeing Kendall Briles to join his staff as offensive coordinator, along with Randy Shannon or Charlie Strong possibly as defensive coordinator. We will keep you updated on these rumors as we receive information.

A press conference is expected to be announced by Carter and the university for Monday to introduce Kiffin. Mississippi Sports will be in attendance to provide updates whenever it takes place.